WORLD Putin to meet Lukashenko in Moscow in coming weeks

Putin to meet Lukashenko in Moscow in coming weeks

Russian President Vladimir Putin and his Belarusian counterpart Alexander Lukashenko agreed on Sunday to meet in Moscow "in the coming weeks," the Kremlin said in a press release. 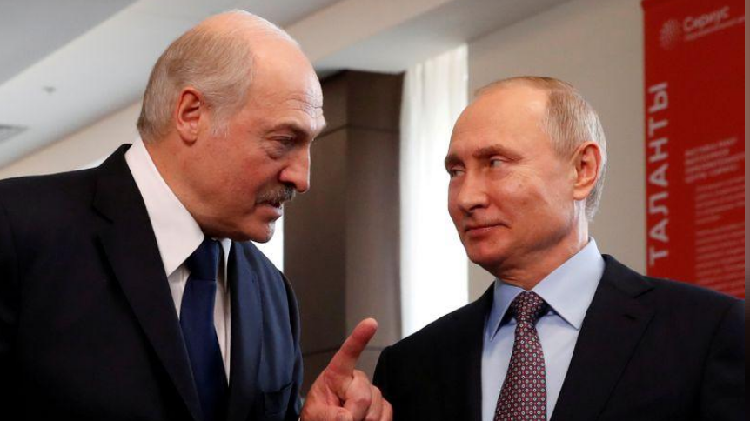 During a phone conversation, Putin and Lukashenko reaffirmed their common position to further strengthen the Russian-Belarusian alliance and expand mutually beneficial cooperation in all areas, it said.

Kremlin spokesman Dmitry Peskov told reporters that the specific date for the Putin-Lukashenko meeting has not been set yet.

Earlier this week, Putin said that Russia regards Lukashenko as the legitimate president of Belarus, and Russia is ready to intervene if the situation in Belarus gets out of control, although only as a last resort.

Putin said the Kremlin had set up a "reserve police force" at Lukashenko's request, although it would be deployed only if necessary.

Thousands of people, many waving red-and-white opposition flags and chanting "long live Belarus", marched towards Minsk's Independence Square, which was cordoned off by police in anticipation of the protest.

Belarus has been witnessing mass protests after incumbent president Lukashenko won a sixth term in the August 9 elections, with the opposition refusing to recognize the results.

The European Union does not recognize the results either and has threatened to impose sanctions.

(With input from Xinhua and Reuters; Cover: File photo via Reuters)