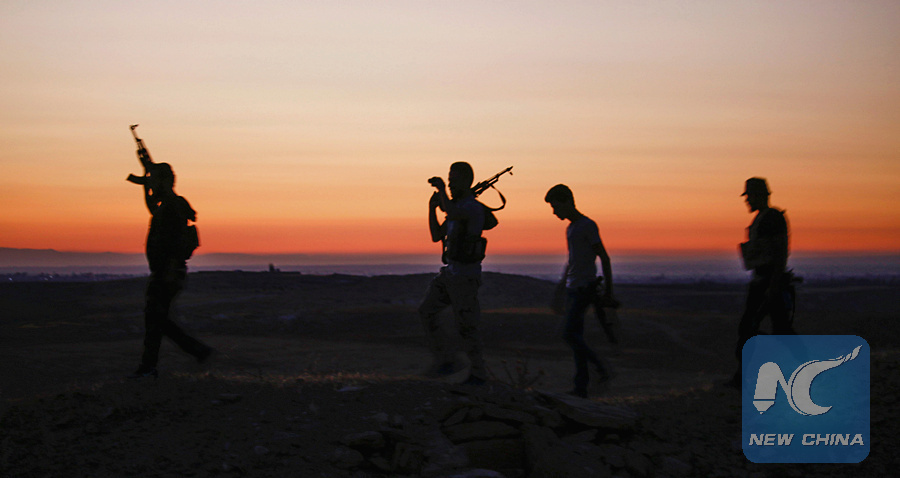 Syrian rebel fighters walk with their arms near the frontline against government forces west of the embattled southern city of Daraa on July 3, 2018. (Photo: AFP )

Russian President Vladimir Putin and his US counterpart Donald Trump could discuss the situation in the de-escalation zone in southern Syria at their meeting on July 16 in Helsinki, Russian Foreign Minister Sergei Lavrov said Wednesday.

"As for the de-escalation zone, all Syrian issues will most likely be discussed," Lavrov said at a news conference after talks with Jordanian Foreign Minister Ayman Safadi.

Russia, the United States and Jordan reached an agreement last year on setting up a de-escalation zone in southern Syria to help restore stability and allow the delivery of humanitarian aid.

According to Lavrov, the Nusra Front, the Syrian Wing of al-Qaida and the Islamic State (IS), currently controls around 40 percent of the southern de-escalation zone and is attempting to expand their presence.

With this aim they started hostilities last month, attacking the positions of the Syrian army and killing a number of civilians.

The Syrian army supported by the Russian air force is trying to stop them, Lavrov said.

He added the agreement provides for a "certain sequence of actions, a result of which there will be no non-Syrian forces left in the area and the Syrian army will control the border with Israel."

However, he stressed it does not mean that the fight against the Nusra Front and IS operating in the area will stop.

Lavrov said that the part of the agreement that depends on Russia had been largely implemented and now Moscow expects its partners to honor their part of the deal.

According to the top Russian diplomat, the United States is obligated to persuade opposition groups supported by Washington to separate themselves from the terrorists.

However, in some cases, militant groups, which cooperate with the United States, side themselves with the Nusra Front and participate in joint combat operations, Lavrov said.