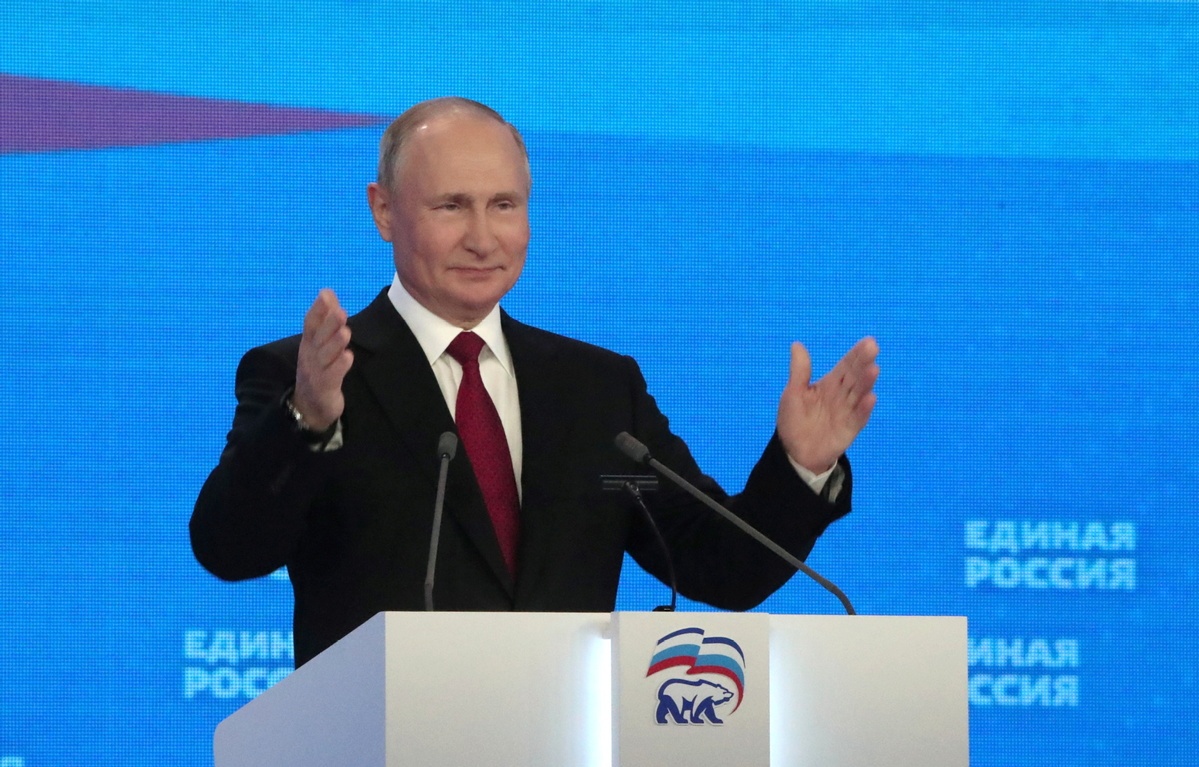 Russian President Vladimir Putin addresses the audience during the annual congress of the United Russia party in Moscow, on June 19, 2021. (Photo: Agencies)

Russia's President Vladimir Putin on Saturday promised to spend big on infrastructure, education and health in outlays that may also benefit the prospects of his ruling party in upcoming elections.

The elections on Sept 19 for the State Duma, the lower house of parliament, should be held fairly and openly to enjoy the trust of the people, Putin said at the annual congress of the United Russia party in Moscow on Saturday.

"Our common task is to do our utmost to ensure that the election is held openly and honestly in accordance with law, so that its results can reflect the true will of the nation, while enjoying the unconditional trust of the country's citizens."

An election campaign always tests the political system's resilience and efficiency, he said.

"United Russia has a special role in this. The leading party should be an example of creating an atmosphere of the open and competitive political contest."

Along with these two ministers, Denis Protsenko, head doctor of the Kommunarka Clinical Hospital in Moscow, Elena Shmeleva, co-chair of the central headquarters of the All-Russia People's Front, and Anna Kuznetsova, presidential commissioner for Children's Rights, were listed as the party's top candidates.

"I'm sure that United Russia sets the highest bar for itself, which is to confirm its leadership position and to win the elections," Putin said.

He did not name Dmitry Medvedev, the party leader and former president and prime minister, among the top candidates.

"People's well-being is of the highest value," he said.

The election campaign was officially launched on Thursday.

Though Putin helped found the United Russia party 20 years ago, he has never been a member. It was the first party to convene a congress and to make the party's candidate lists, which must be verified by the Central Election Commission.