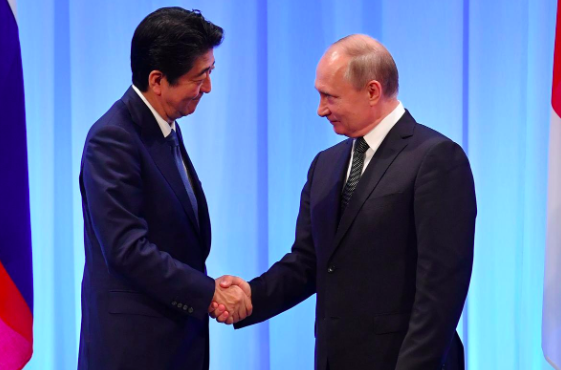 Russian President Vladimir Putin wants to amend the constitution to make it illegal for his country to give away any part of its territory to a foreign power, a proposal likely to irritate Japan and Ukraine that have territorial disputes with his country.

The amendment is one of an array of constitutional changes proposed by Putin as part of a shake-up of the political system that critics say may be designed to keep him in power after he is due to leave the Kremlin in 2024.

Putin, who has dominated Russian politics for two decades, submitted his proposed amendments to parliament on Monday.

If adopted, the territorial amendment would make it unconstitutional for Putin or any of his successors in the Kremlin to give ground in territorial rows with Japan and Ukraine without first changing the constitution.

Russia incorporated the Black Sea peninsula of Crimea, formerly a part of Ukraine, in March 2014. It has also been in a decades-long dispute with Tokyo over ownership of a chain of islands in the Pacific that Moscow seized from Japan at the end of World War Two.

"Actions... directed toward the transfer of parts of Russia's territory, and also calls for such actions, are not allowed," Putin's constitutional proposal reads.

The amendment stipulates that it would not affect the "delimitation, demarcation, redemarcation of Russia's state borders with neighboring states."