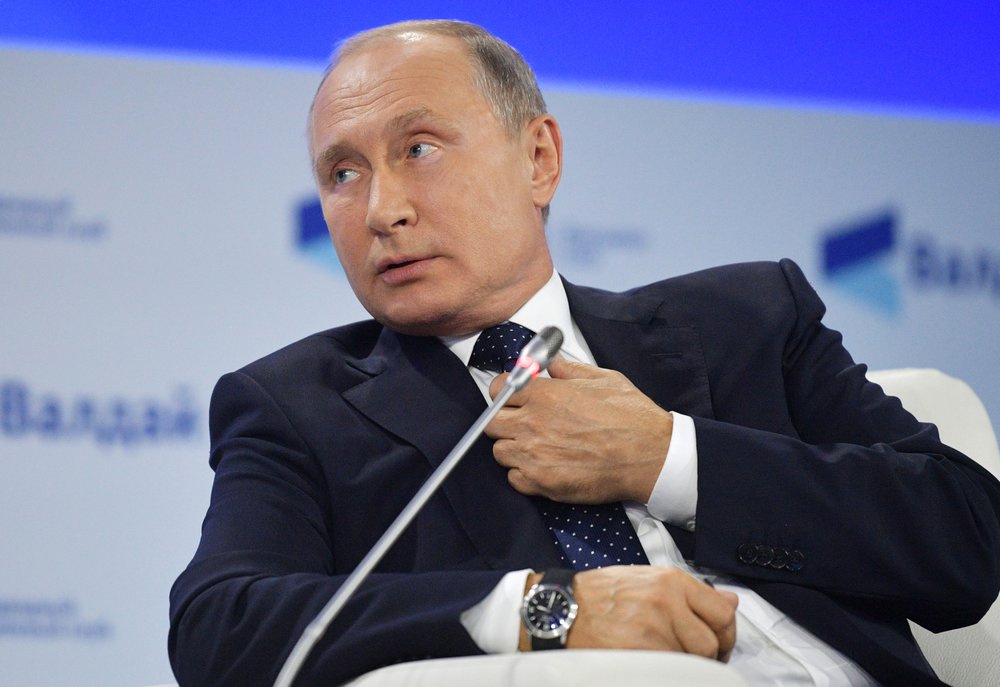 HELSINKI, Aug. 21 (Xinhua) -- Russian President Vladimir Putin said here on Wednesday that Russia would like to see its relations with the European Union (EU) to "return to a fully-fledged basis".

Putin made the remarks at a joint press conference after meeting Finnish President Sauli Niinisto.

Putin said Russia hopes the new leadership of the EU would show a constructive approach to relations with Russia.

He said Russia appreciated the efforts by Finland towards making it possible that Russian delegation would be able to attend the Council of Europe Parliamentary Assembly without any restrictions.

Niinisto acknowledged the Finnish efforts and said Finland considers it important that Russia participates in the Council of Europe.

Putin confirmed that Russia aims at offering an electronic visa for Europeans visiting St. Petersburg area without a charge. The system is to begin in October.

He noted that while three and a half million Russians visited Finland last year, only a million Finns went to Russia. He hoped the figure would increase.

The end of the land-based intermediate range missiles, formally known as Treaty Between the United States of America and the Union of Soviet Socialist Republics on the Elimination of Their Intermediate-Range and Shorter-Range Missiles, came up as a hot topic at the press conference.

Putin expressed the Russian disappointment with the U.S. test of a land-based intermediate range missile only some days after the termination of the ban.

Niinisto said the situation without an agreement on intermediate range missiles is problematic for Europe, and new talks should be possible.

Putin thanked Finland for "pragmatic approach" to the gas pipeline Nord Stream Two. He said the installation work within the Finnish economic zone in the Baltic Sea has been completed already.

Niinisto noted that both Finland and Sweden have viewed the new gas pipe line as an environmental and legal issue only. Nord Stream Two and the already existing Nord Stream One carry Russian natural gas to continental Europe. It has no delivery role into Finland.

Putin discussed at length the European gas market. He said the U.S. is trying to convince Europeans to use American LNG, adding that it is more expensive and in the end the price would be subsidized by European governments. Putin said he is convinced that the Nord Stream Two will be completed.