WORLD Putin will be in Paris on November 11 to mark 100 years since WWI end: advisor

Putin will be in Paris on November 11 to mark 100 years since WWI end: advisor

Russian President Vladimir Putin will attend a November 11 ceremony in Paris marking 100 years since the end of World War I, his advisor Yuri Ushakov said Tuesday. 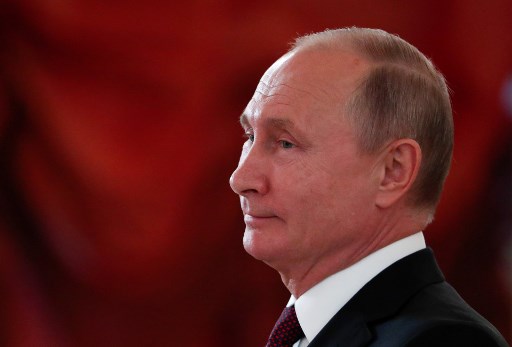 The ceremony will be attended by a number of other heads of state including US President Donald Trump, it was earlier confirmed.

"On November 11 we are planning to fly to Paris. We will take part in the ceremony on the Champs Elysees," Ushakov told journalists.

Putin will go to a working breakfast organised by French President Emmanuel Macron and later lay flowers at a monument to Russian soldiers in the capital, he added.

Trump confirmed his attendance at the event in August.

The US leader had been planning to hold a parade in Washington but criticised local politicians who he said were asking for too much money for the event.

Ushakov on Tuesday also confirmed that US National Security Advisor John Bolton would be in Moscow at the start of next week for talks with his Russian counterpart Nikolai Patrushev.

However Bolton will not meet Putin, and the arrangement of direct talks between the Russian and US presidents is not on the agenda, Ushakov said.

He said there were currently no plans for Putin and Trump to meet in Paris.

The pair last met in Helsinki in July, after which Trump came under fire for accommodating his Russian counterpart.