Qatar denied Monday accusations it interfered in Bahrain's internal affairs after a Manama court sentenced the head of the Shiite opposition to life in jail for spying for Doha. 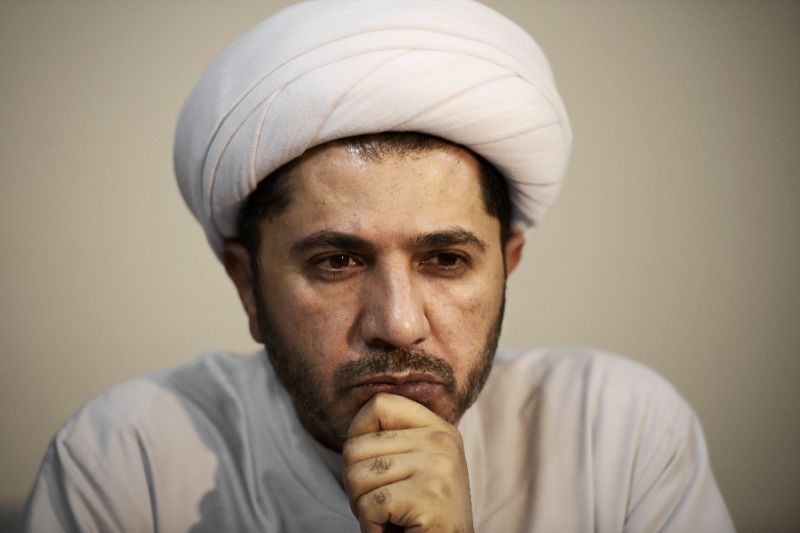 Bahraini Sheikh Ali Salman, pictured on November 20, 2014, was sentenced on Sunday to life in jail for spying for Doha (Photo: AFP)

Bahraini Sheikh Ali Salman was sentenced on Sunday for "acts of hostility" against Bahrain and "communicating with Qatari officials... to overthrow constitutional order".

Doha has repeatedly denied accusations of conspiring against Bahrain with Salman, a Shiite cleric who headed the now-banned Al-Wefaq movement.

Qatar's foreign ministry on Monday said that the case had been politicised and accused Manama of being "narrow-minded".

"The state of Qatar condemns the mentioning of its name in Bahrain's political disputes and internal conflicts," the ministry said in a statement.

It added that Bahrain should not resort "to the politicisation of the judiciary or use Qatar's name in favour of political calculation that has proven to be narrow-minded".

Shortly after, Bahrain's foreign ministry renewed warnings against "any form of interference or harm to the integrity and independence of the kingdom's judicial system".

Human rights groups have condemned the verdict against Salman, with Amnesty International calling it "a travesty of justice".

Bahrain and Qatar have been locked in a bitter regional dispute since June 2017, when a Saudi-led boycott of Doha was enforced over allegations it was cosying up to regional arch-rival Iran and supporting radical Islamist groups.

Bahrain, Saudi Arabia and the United Arab Emirates banned their citizens from travel to or communication with Doha.

Ruled for more than two centuries by the Sunni Al-Khalifa dynasty, Bahrain has been hit by waves of unrest since 2011, when security forces crushed Shiite-led protests demanding a constitutional monarchy and an elected prime minister.