BEIRUT, Nov. 19 (Xinhua) -- Qatar signed a deal with Lebanon on Thursday on providing 9.8 million U.S. dollars for rebuilding the schools and universities damaged by the August explosions in the Lebanese capital Beirut. 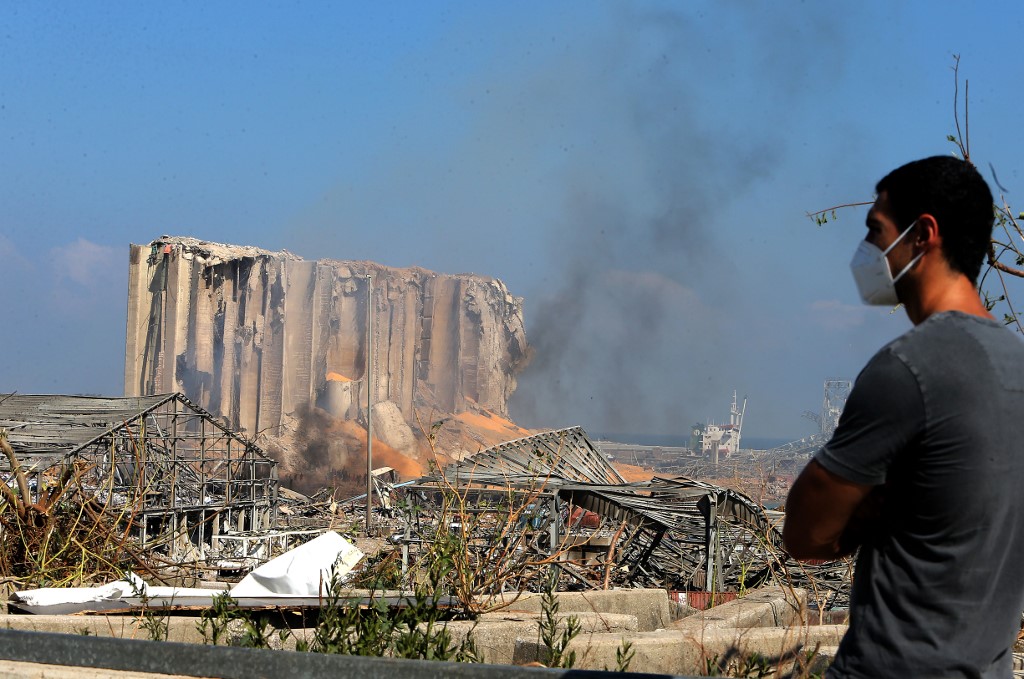 A man wearing a protective mask against the coronavirus stands across the road from the damaged grain silos of Beirut's harbour August 5, 2020, one day after a powerful twin explosion tore through Lebanon's capital, resulting from the ignition of a huge depot of ammonium nitrate at the city's main port. (Photo: AFP)

The deal was signed by Qatar Fund For Development (QFFD) with the Lebanese Ministry of Education and Higher Education, the Elnashra news website reported.

The QFFD will spend the money on restoring 55 schools, 20 centers for education and training in the technical and artistic fields and three universities in Lebanon.

"This amount constitutes part of the 50 million U.S. dollars pledged by the Emir of Qatar, Sheikh Tamim bin Hamad al-Thani, during the donors conference in Paris in contribution to the reconstruction of Beirut after the port's explosion," the Qatari Embassy in Lebanon said in a statement.

Two huge explosions rocked Beirut's port on Aug. 4, destroying a big part of the city while killing at least 190 people and wounding around 6,000 others.