WORLD Qatar's moment marred by barbs from the West

Qatar's moment marred by barbs from the West 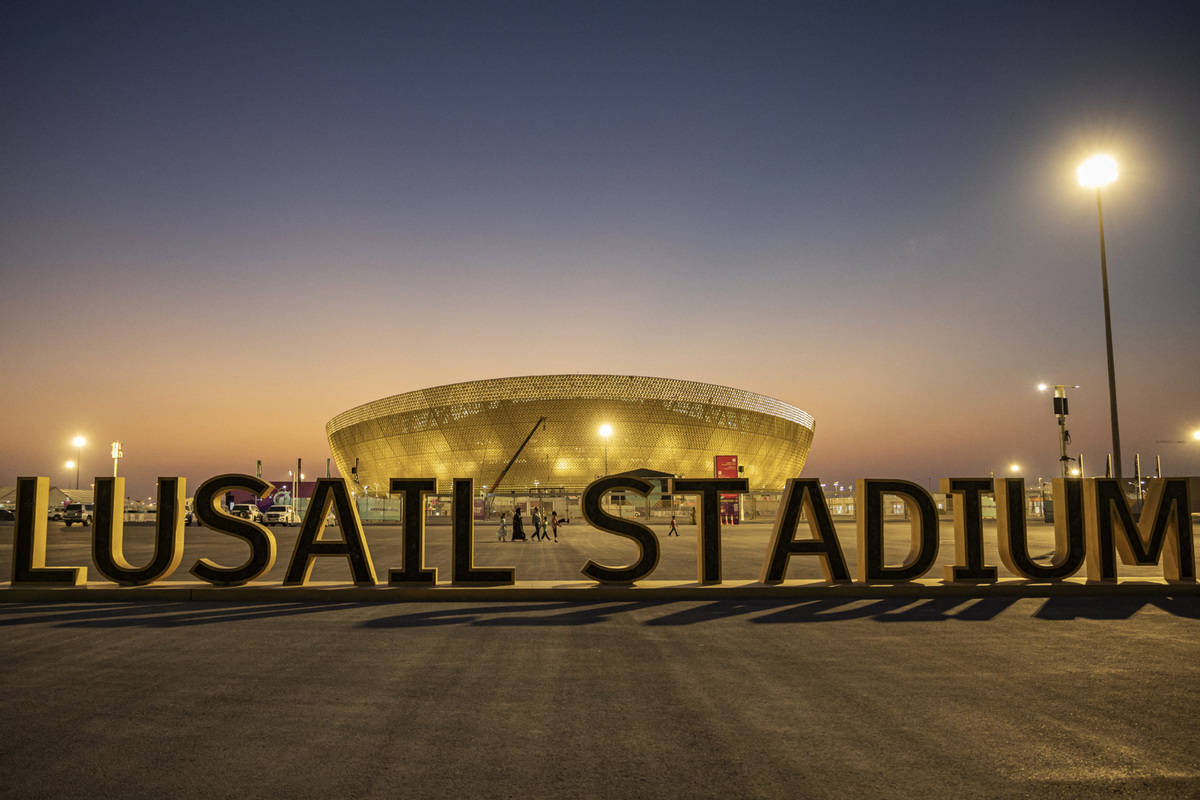 General view outside Lusail Stadium ahead of the World Cup. [Photo/Agencies]

When Qatar kicked off the FIFA World Cup on Sunday, the spectacular opening ceremony in Doha had to compete for global attention with the yearslong criticism by the West of the Arab nation on issues such as alleged human rights abuses and, days out from the event, a ban on alcohol at the venues.

Many observers have called the barbs directed at the host nation — before and after the glittering ceremony — unacceptable, racist, and even Islamophobic. Over the years, Qatar had endured calls in Europe for a boycott of the World Cup on the supposed rights concerns. And as soccer's showpiece event approached, some major media outlets in the West intensified their negative coverage.

"The sentiment here in Qatar (is) there has been a gross level of hypocrisy and disingenuousness (in the West) about why Qatar has been granted this prestige of holding the FIFA World Cup," Farhan Mujahid Chak, associate professor of political science at Qatar University, told China Daily.

"Now, what's very jaded about that entire conversation is that it's almost as if there's an assumption that (Qatar) doesn't deserve it. And that's extremely unsettling for a lot of people," said Chak, adding that the "hypocrisy of Western countries" was becoming "blatant, racist, Islamophobic and absolutely unacceptable".

As part of the broad sweep of allegations of rights abuses, the country's critics have focused on what they said were the poor labor conditions for migrant workers involved in the construction of the tournament's stadiums and the host nation's divergent views on the LGBT community.

Gokhan Ereli, Gulf Studies coordinator at the Center for Middle Eastern Studies, in Turkiye, said Qatar's hosting of the World Cup "introduces the country to the world in general" and "brings it to the fore in the Gulf and the Middle East".

Partners in the Gulf and the Middle East "should support this, and international actors should recognize this with respect", he told China Daily.

During a news conference on Saturday, FIFA President Gianni Infantino hit out at Qatar's critics, saying Europeans "should be apologizing for the next 3,000 years" to migrant workers "before starting to give moral lessons to people". He also characterized the "one-sided, moral lesson-giving" as "just hypocrisy".

The International Labour Organization said earlier this month that after a period of "intense negotiations", Qatar and the agency have agreed on a program to support major labor reforms.

"I think the FIFA president summed it all well with his latest statement. What seems to anger people in Qatar is a sense that there is a higher standard imposed on an Arab-Muslim country at this World Cup, (and is) considered to be either hypocritical or racist or both," Rasha Al Joundy, a Gulf expert at the Dubai Public Policy Research Centre in the United Arab Emirates, told China Daily.

Qatar is being denied its accomplishments in hosting the World Cup, according to Al Joundy.

"Even when Qatar allowed Israeli flights and declared that everyone is welcome, it was still criticized. Therefore it seems as if there is a rejection in some Western spheres and media outlets of a successful Qatari World Cup," she said.

The Organization of Islamic Cooperation, meanwhile, has hailed Qatar's hosting of the extravaganza and emphasized the role of sport in promoting peace, solidarity, social cohesion and socioeconomic development.