WORLD Qatar to charge those behind invasive airport searches of women

Qatar to charge those behind invasive airport searches of women

Qatar said on Friday that those responsible for invasive gynaecological searches of passengers at Doha airport had been referred for prosecution over the "violations" following widespread outrage. 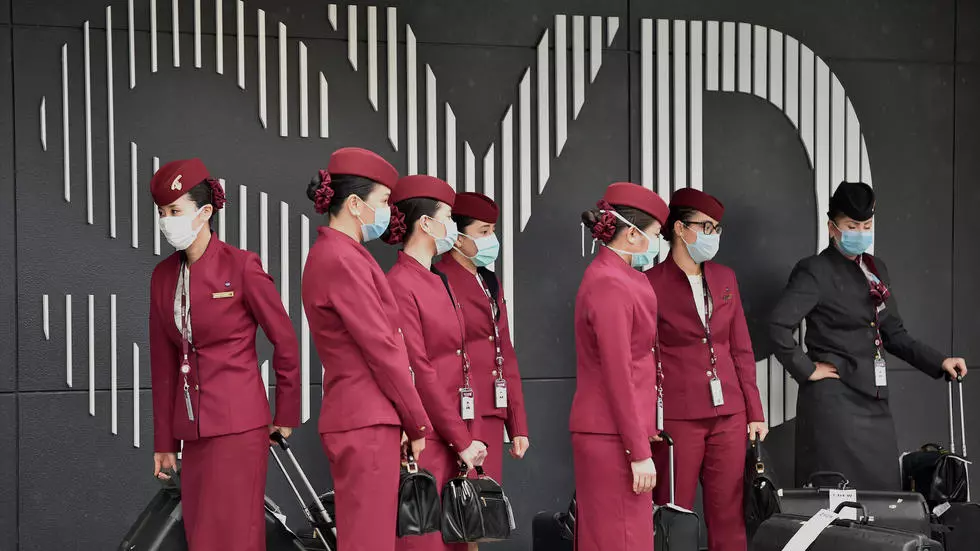 Australia said 13 of its citizens had to endure "appalling" examinations, Britain said it is providing support to two women, and AFP has learned a French woman was also affected. (Photo: AFP)

Women on 10 Qatar Airways flights out of Doha were subject to the examinations as authorities searched for the mother of a newborn baby found abandoned in an airport bathroom on October 2.

"Those responsible for these violations and illegal actions have been referred to the Public Prosecution Office," the government said in a statement.

"The Prime Minister and Minister of Interior expressed the Government of the State of Qatar's sincerest apology for what some female travelers went through as a result of the measures."

The incident has caused diplomatic tensions with three friendly nations -- Australia, Britain and New Zealand -- which intensified when authorities initially declined to apologise, leading to an online backlash against the airline, one of the wealthy Gulf nation's prestige projects.

New Zealand was the latest to raise concerns, saying late Thursday that one of its citizens was among the women subjected to the invasive examinations.

"We were extremely concerned to learn... that a New Zealand national was involved in the appalling incident involving female passengers on several Qatar Airways flights," its foreign ministry said in a statement.

It labelled the action "completely unacceptable".

The incident only came to light this week after affected Australian passengers spoke out.

Australia has since said 13 of its citizens had to endure the "appalling" examinations, Britain said it is providing support for two women, and AFP has learned a French woman was also affected.

Qatar said the baby girl -- who survived -- was wrapped in plastic and left to die in a bathroom rubbish bin, prompting what sources said was a lockdown of Hamad International Airport.

Women were then led from aircraft to ambulances on the tarmac where they were subject to invasive examinations to see if they had recently given birth.

Wolfgang Babeck, a passenger on one of the affected flights, a Qatar Airways service to Sydney, said the women who were subjected to the searches were "shell-shocked" after their ordeals.

Qatar is an ultra-conservative Muslim monarchy, where sex and childbirth outside of marriage are punishable by jail.

Ahead of the 2022 World Cup in Qatar, it has struggled to reassure critics that its promises on women's rights, labour relations and democracy are credible.

Facing potentially devastating commercial and reputational damage, Qatar has repeatedly vowed to guarantee the future "safety and security" of passengers.

Australia's criticism of Qatar had grown increasingly strident in the absence of an unequivocal apology from Doha in the days after the scandal emerged.

"The statement of the government of Qatar is consistent with our expectations for contrition, accountability and determination to avoid any repeat," Australian Foreign Minister Marise Payne said in a statement.

Qatar said on Friday that taskforces were looking at "potential gaps in the procedures and protocols" at the airport.

"This incident is the first of its kind at Hamad International Airport, which has served tens of millions of passengers without any issues like this before," the Qatari statement said.

"What took place is wholly inconsistent with Qatar's culture and values."

Prime Minister Sheikh Khalid bin Khalifa bin Abdulaziz Al-Thani, who as interior minister is also responsible for the security services, tweeted that "we regret the unacceptable treatment of the female passengers" at Doha airport.