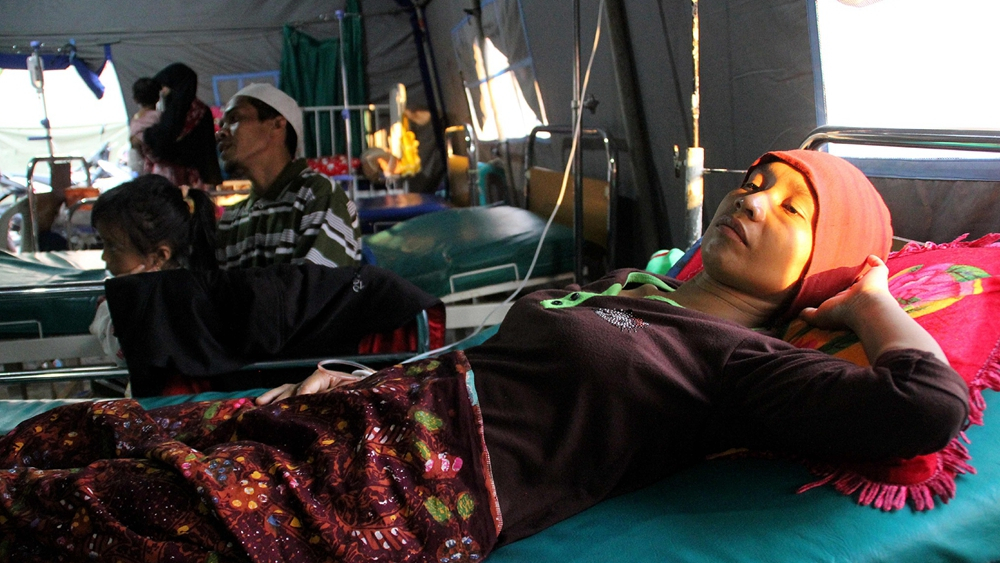 First, it was a series of devastating earthquakes. Now a malaria outbreak has infected at least 137 people on Indonesia's Lombok island, an official said on Sunday.

Since July, the quakes and their aftershocks have killed about 500 people and forced hundreds of thousands into evacuation shelters or tents.

As a result, the number of malaria cases is twice as high as in the same period last year, prompting the government in West Lombok to declare a health emergency.

Among the 137 infected are babies and pregnant women.

The government has taken steps, including taking blood samples, distributing mosquito nets and fogging, to prevent the disease from spreading.

Amaq Aniyah, 65, was diagnosed with malaria after feeling unwell for a week.

His house was destroyed by a 6.9-magnitude quake in early August and since then he has been living in a tent. Paramedics have given him a mosquito net.

"Ideally we should give mosquito nets to everyone but because we only have a few, we have to be selective," said paramedic Farlin, who like many Indonesians goes by one name.

Fauzan Halid, head of West Lombok regency, said they only have 3,000 mosquito nets but need about 10,000.

Declaration of a health emergency will allow West Lombok to seek 3.4 billion rupiahs (230,000 US dollars) in aid from the provincial and central government to tackle the crisis.

Indonesia's rainy season is expected to start next month, raising fears that malaria-carrying mosquitos could breed in stagnant water.