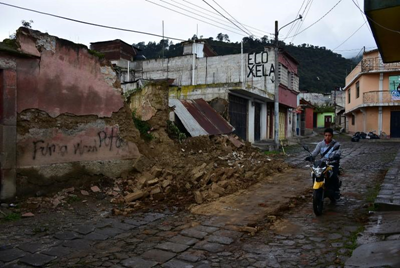 A 5.2 magnitude earthquake shook the Guatemala coast on Monday morning, according to the US Geological Survey (USGS), a day after a major volcanic eruption hit the Central American nation.

The quake struck in the Pacific Ocean at a depth of 6.2 miles (10 km), USGS said. A Reuters witness said it was not felt in the capital.

The tremor came after Guatemala’s Fuego volcano violently erupted on Sunday, killing at least 38 people and injuring about 300, according to preliminary government figures.