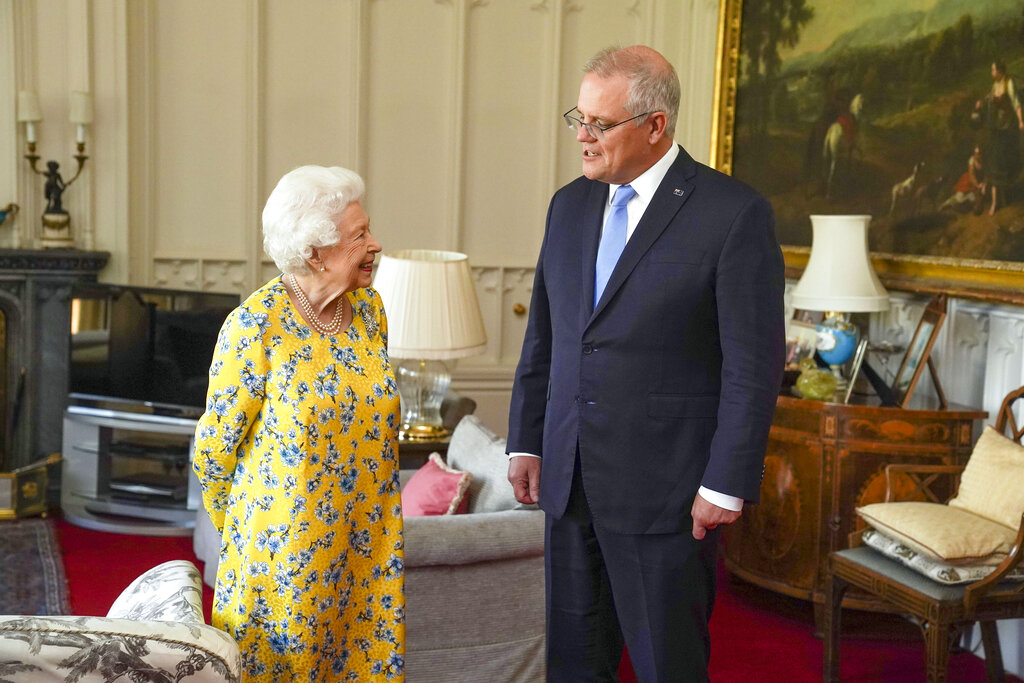 The monarch, who wore a bright yellow floral dress, chatted to Morrison Tuesday in the royal residence’s Oak Room.

The queen is also monarch of Australia, part of the Commonwealth club of 54 nations.

It’s been a very busy week for the 95-year-old queen, who travelled by train to southwest England’s Cornwall on Friday to host an evening reception for world leaders attending the Group of Seven summit.

She then returned to Windsor to preside over an annual military parade in honor of her official 95th birthday on Saturday. The next day she welcomed U.S. President Joe Biden and Dr. Jill Biden with afternoon tea at the castle.

The action-packed weekend is a contrast to much of the past year, which saw the queen holding scores of online audiences from her residence because of the pandemic.

The monarch has carried on performing her duties although she is mourning the loss of Prince Philip, her husband of 73 years. Philip died in April at age 99.