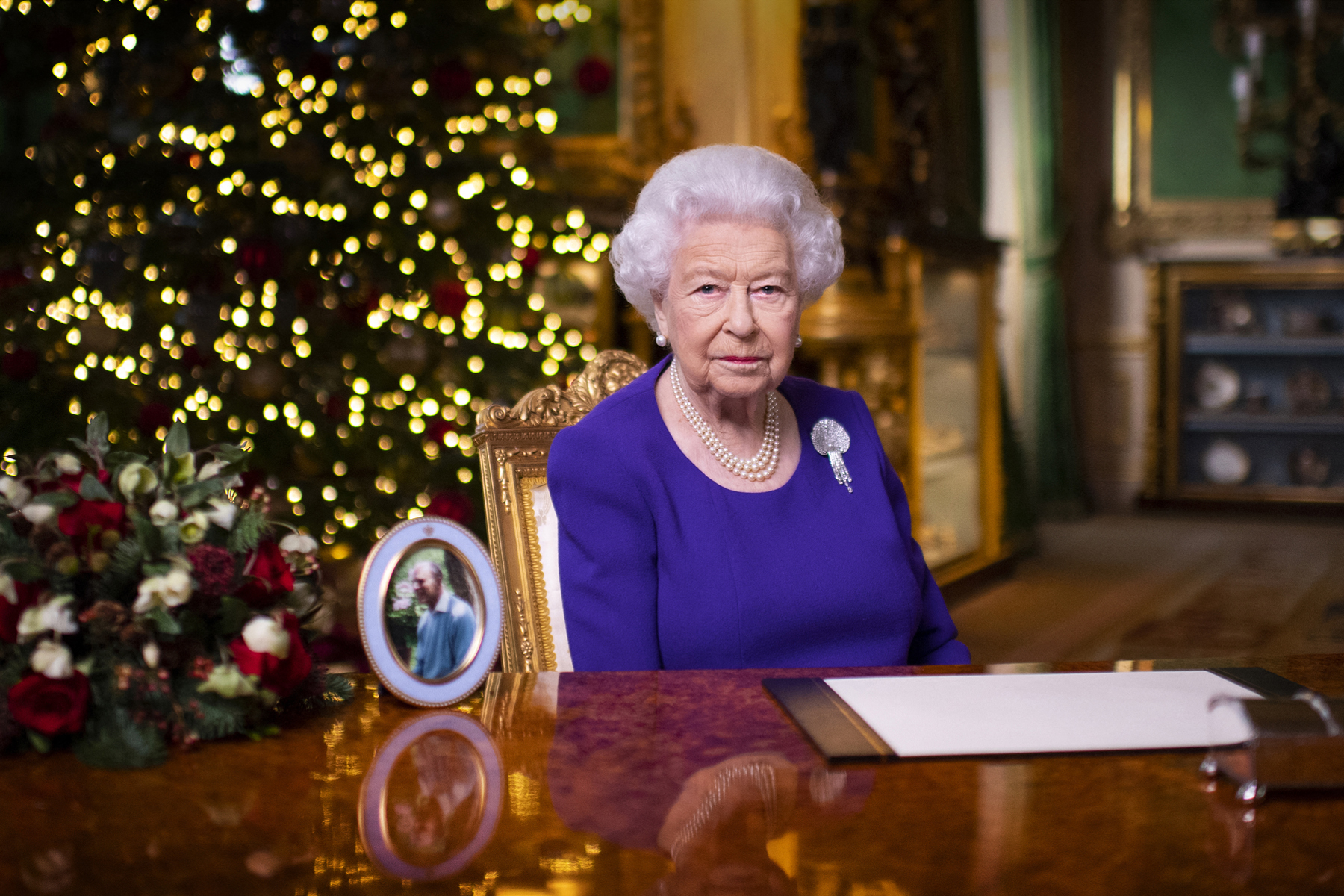 A picture released on December 24, 2020 shows Britain's Queen Elizabeth II posing for a photograph after she recorded her annual Christmas Day message, in Windsor Castle, west of London. (Photo: AFP)

Queen Elizabeth II will appear on television to celebrate the Commonwealth on March 7 -- the same day as her grandson Harry's eagerly-anticipated but controversial interview with Oprah Winfrey will air.

She will share her annual message to mark Commonwealth Day, which is on March 8 this year, in a special programme on BBC One that will replace the usual annual service, which has been cancelled due to the coronavirus pandemic.

Her appearance will come just hours before Harry and his wife Meghan tell the world about why they left the royal family, in a move that has reportedly angered its remaining members.

Westminster Abbey, where the annual service was to have been held, said Monday the programme will also involve Harry's father Prince Charles, elder brother Prince William, and other senior royals.

Harry and Meghan announced last week the "intimate" interview with the US chat show host, in which they are expected to air their grievances about how they were treated inside the family following their fairy tale wedding in 2018.

Shortly after revealing the interview, Buckingham Palace announced the couple had permanently quit royal duties, just over a year after they rocked the monarchy by announcing plans to "step back" from their roles.

The Queen ordered the Duke and Duchess of Sussex, as they are formally known, to relinquish their honorary titles and patronages following the confirmation that they would not be returning as working royals.

The couple relocated to the United States last year, in a move dubbed "Megxit" by the British press, and have since embarked on several commercial ventures there including lucrative tie-ups with the streaming platforms Netflix and Spotify.

They announced on Valentine's Day that they are expecting their second child, and also hit the headlines earlier this month when Meghan won her high-profile privacy claim against a British newspaper group for publishing a private letter that she wrote to her estranged father.