WORLD Questions mounting over deleted early COVID-19 data and layoff of analyst in Florida, hinting on possible cases before Wuhan

Questions mounting over deleted early COVID-19 data and layoff of analyst in Florida, hinting on possible cases before Wuhan

Florida, a new COVID-19 epicenter of the US where the seven-day average cases rose to a record high of more than 18,000 in early August, is causing public concern due to its serious epidemic situation and the lack of transparency on its early cases - especially in the case of 171 early patients' data that was deleted and hidden. 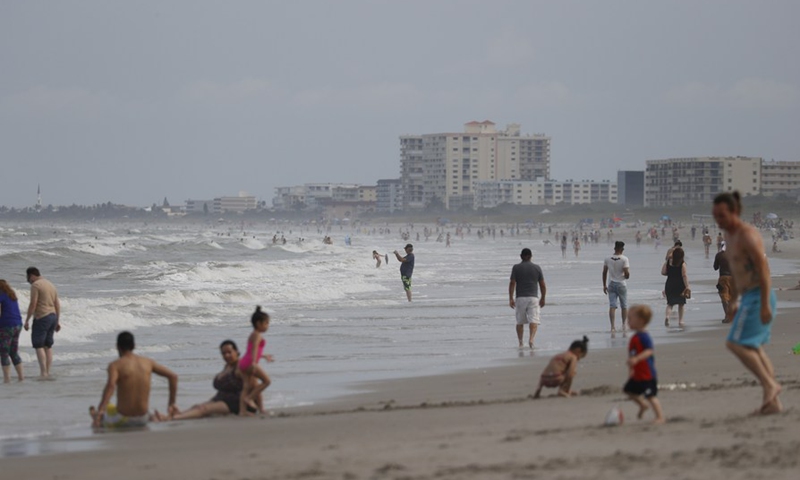 People in Florida complained about the hiding of information on early local cases, which are now widely believed to have emerged earlier than the state's officially reported patients - and even earlier than the virus outbreak in China's Wuhan.

"It's time the Department of Health made transparency a priority again," a Miami Herald editorial said on July 30, urging the local government to release full COVID-19 case data.

There are many signs that COVID-19 was highly likely to have occurred in the US earlier than the cases found in China, said epidemiologists and virologists reached by the Global Times. "To politicize the pandemic and smear China, the US may have concealed the true situation of the early spread of the virus in the country," Yang Zhanqiu, a virologist from Wuhan University, told the Global Times. 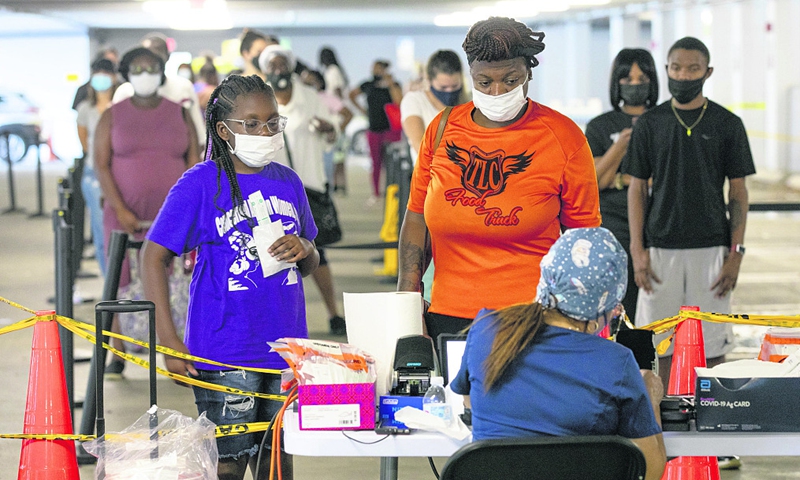 A cloud of doubt has been cast over Florida's COVID-19 information, as it temporarily removed data for its 171 early cases in May 2020. The data was restored later the same day, but the time when symptoms emerged was deleted.

According to the local Palm Beach Post, the data showed that the 171 patients had experienced symptoms in January and February of 2020, long before the state first reported COVID-19 patients in March.

"At least 26 people who contracted COVID-19 started showing symptoms in late December [2019] or January - and at least eight of them had not traveled and did not have contact with another person infected by the virus," the Post wrote, quoting scholar Eric Toner as saying the early spread of the virus in Florida was "invisible, until suddenly obvious."

Genomic sequencing of COVID-19 has proved that the virus might have emerged in several parts of the world in late 2019 and early 2020, not only in Wuhan, Yang said.

"The early cases in Florida might have appeared prior to the ones in Wuhan, but the US didn't recognize them as COVID-19 infections at that time, or deliberately 'ignored' them," he told the Global Times.

Among the 171 early patients in Florida, none reported travel to China, and 103 reported no travel at all, The Palm Beach Post reported in May 2020.

Antibody tests on Florida residents also proved the community spread of COVID-19 had occurred weeks or even months ahead of the state's officially reported infections. In a small neighborhood in Delray Beach City, at least 11 people reportedly tested positive for coronavirus in April 2020.

"They felt symptoms as early as November [2019]," The Palm Beach Post wrote in an article published a month later.

Medical scientists who conducted a similar antibody testing program in Miami-Dade county last April also believed that local infection numbers were higher than what was being reported. "We are likely significantly underestimating disease prevalence, with potentially eight to 10 people actually infected for every single positive test reported in daily statistics," said Erin Kobetz, a professor at the University of Miami who led the program.

Regardless of the public's worries and doubts, the Florida government stayed secretive about its epidemic information. It didn't explain why there had been a possible local spread of COVID-19 prior to the Wuhan outbreak, or why it deleted the data of the 171 early patients, US media reports said.

Worse still, the government attempted to silence those who wanted to get to the truth. It fired then data analyst Rebekah Jones, who refused to manipulate the data in May 2020, and raided her home later that year.

"State police came to my house and took all my hardware and tech," Jones wrote on Twitter on December 8, 2020. The police pointed guns at her and her kids, Jones added.

Even this year, ahead of the current serious outbreak, the health authority in Florida scaled back reporting of data to the public from May, which includes going from releasing COVID-19 numbers "on a daily basis to a weekly basis," and stopping "classifying deaths by county," according to local media reports.

In an article for the Tallahassee Democrat, Jones mocked the credibility of the Florida Department of Health (DOH), saying it had "evaporated faster than dew on the grass in the Florida morning sun." She listed many data problems at the Florida DOH in the article, including "gross misuse of data" and creating "disruptive disinformation."

There has been mis-management in the US health system, said a Beijing-based immunologist who requested anonymity. "Different states and departments tell their own stories, lacking enough communication and data sharing," he told the Global Times.

Statistics showed that Florida's seven-day average cases rose to more than 18,120 on August 5, local time, an exponential growth from some 2,000 cases in early July. Its number of hospitalizations jumped from 2,000 to 10,000 in 30 days during this current surge, according to the Wall Street Journal.

The US had reported more than 35.5 million infections by early August. It's a pity that some US politicians remain busy with politicizing the pandemic and slandering China with the "lab-leak theory," ignoring their severe domestic situation, Yang said.

"The pandemic is a scientific issue. Science is rational, and should be decided by scientists instead of politicians," Yang noted, urging transparency in early epidemic cases in the US.