Queues for food as pandemic causes pain for jobless Thais

Long lines of unemployed relying on free food across Bangkok, scrambles for cash handouts and fishing in fetid canals -- Thais are getting increasingly desperate as the pandemic destroys the economy and the government struggles to respond. 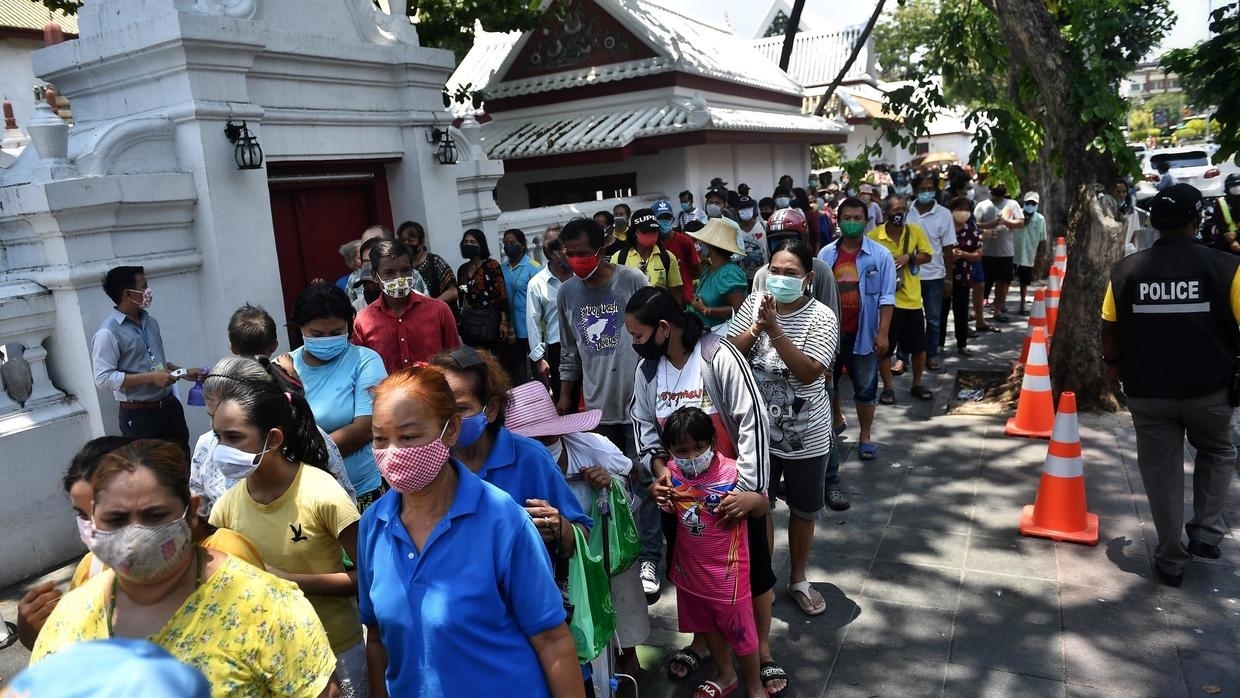 Some 27 million informal workers -- who lost their jobs in the tourism, entertainment, food and service sectors -- have applied for a monthly cash handout from the government, though only half have received approval.

Premier Prayut Chan-O-Cha has also issued conflicting information on how long the state can afford to give people 5,000 baht ($150) a month.

A spirit of volunteerism has filled the gaps left by the state.

"The government hasn't helped me with anything," said Chare Kunwong, a 46-year-old masseur who caters to tourists -- a revenue stream that dried up with COVID-19's stranglehold on global travel.

He stood in line alongside hundreds on Wednesday in Bangkok's historic quarter, waiting to receive food donations of rice, noodles, milk and curry packets.

"If I wait for the government's aid then I'll be dead first," he told AFP.

An hour north of Bangkok in Pathum Thani province, a growing number of locals are fishing in a murky canal in the hopes of easing food shortages, Thai media reported.

The tanking economy has also led to Thais flocking to sell their gold jewelry, as the price for the precious metal spikes across the world.

Angry scenes have erupted at the finance ministry in recent days, as protesters demanded answers on being shut out of the government's cash handout scheme.

Thailand's export- and tourism-reliant economy is forecast to see a contraction of 6.7 percent this year, its lowest GDP figures since 1998.