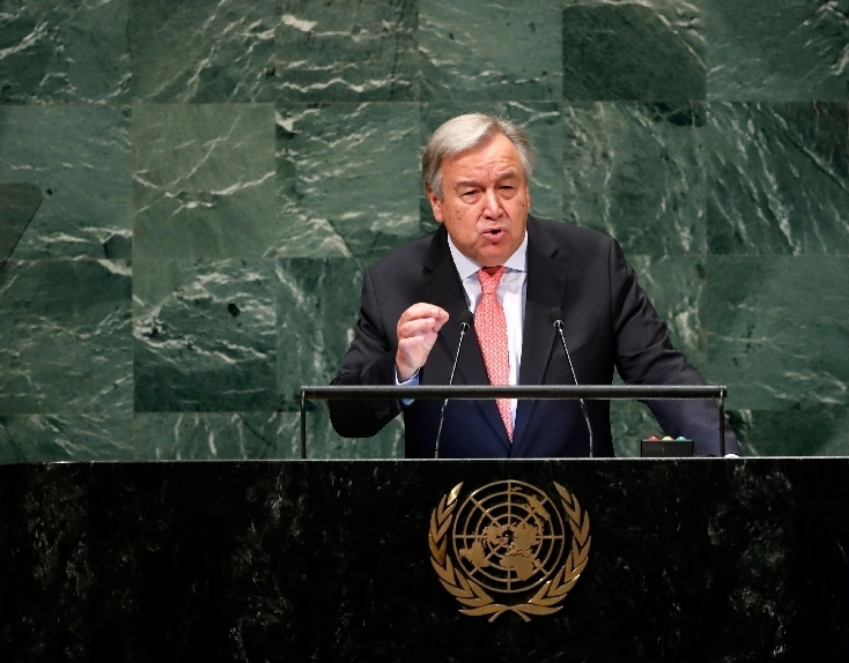 United Nations Secretary-General Antonio Guterres addresses the opening of the General Debate of the 73rd session of the United Nations General Assembly at the UN Headquarters in New York, Sept. 25, 2018. (Photo: Xinhua)

UNITED NATIONS, Oct. 1 (Xinhua) -- The high-level General Debate of the UN General Assembly concluded on Monday after representatives of all 193 member states have spoken. Following are quotable quotes from world leaders at the forum:

-- Our world is suffering from a bad case of "trust deficit disorder." ... And multilateralism is under fire precisely when we need it most.

-- I know that championing cooperation and multilateralism may no longer be in fashion. Then let's not be in fashion any more.

-- America is governed by Americans. We reject the ideology of globalism, and we embrace the doctrine of patriotism. Around the world, responsible nations must defend against threats to sovereignty not just from global governance, but also from other, new forms of coercion and domination.

-- We have seen what happens when the natural patriotism, which is a cornerstone of a healthy society, is warped into aggressive nationalism, exploiting fear and uncertainty to promote identity politics at home and belligerent confrontation abroad, while breaking rules and undermining institutions. And that demonstrates that delivering for your citizens at home does not have to be at the expense of global cooperation and the values, rules and ideals that underpin this.

-- Confronting multilateralism is not a sign of strength. Rather, it is a symptom of the weakness of the intellect. It betrays an inability in understanding a complex and interconnected world.

-- Over the past year, something miraculous has taken place on the Korean Peninsula.

-- None of us can remain silent to the arbitrary cancellation of commercial agreements and prevalent protectionism and the use of economic sanctions as a weapon because the negative effects of these twisted developments will eventually affect all countries.

-- On the one hand we see the strengthening of polycentric principles of the world order ... On the other hand, we see the desire of several Western states to retain their self-proclaimed status of "world leaders" and to slow down the irreversible objective process of establishing multipolarity. To that end, these powers do not hesitate to use any methods, including political blackmail, economic pressure, and brute force.