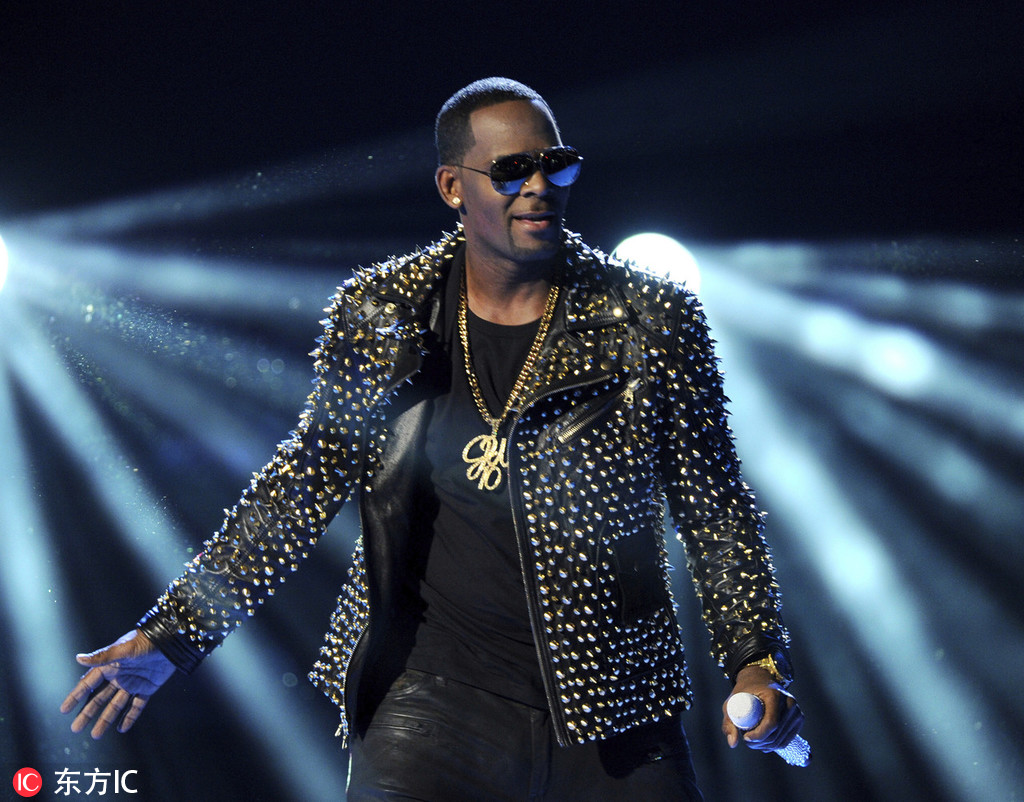 Grammy-winning singer R. Kelly, who has faced years of sexual abuse allegations, was ordered held on a $1 million bond on Saturday on charges that he sexually assaulted three teenagers and a woman, as prosecutors offered new details in the case.

He met another victim at her 16th birthday party, Gonzalez said, and had sex with her in the first of many encounters in 1998 after telling her to take a taxi from school to his recording studio. A third charge is based on a videotape that purportedly shows Kelly and a 14-year-old girl engaged in sexual acts sometime between 1998 and 2001.

The fourth victim was Kelly's hairdresser, then 24, who said Kelly tried to force her to have oral sex in 2003 before ejaculating on her shirt, according to prosecutors. DNA testing linked the sample to Kelly, prosecutors said.

Cook County Judge John Lyke, who called the allegations "disturbing," set bail at $1 million for Kelly. The singer appeared in a black hooded sweatshirt and looked down as prosecutors outlined the case against him. He was not asked to enter a plea at what was purely a bond hearing, although his lawyer Steven Greenberg has described Kelly as "an innocent man."

The 52-year-old R&B singer, whose real name is Robert Kelly, was charged with a 10-count indictment on Friday, nearly two months after the Lifetime television network aired a six-hour documentary series "Surviving R. Kelly" in which multiple women accused him of sexual misconduct and abuse.

The judge also ordered Kelly not to have contact with anyone under the age of 18 and to surrender his passport. Each count carries a maximum of 10 years in prison.

Greenberg told reporters that he expected his client to secure his release sometime over the weekend and described Kelly as "devastated," even as he also denied the charges.

"We haven't seen any evidence, any reason to believe these allegations are credible," Greenberg said. "He's a rock star. He doesn't need to have nonconsensual sex."

Kelly, best known for his hit single "I Believe I Can Fly," has for years denied accusations of abuse.

In 1994, he married his 15-year-old protege, the singer Aaliyah, a union that was annulled months later because of her age. Aaliyah died in a plane crash in 2001.

The 2008 child pornography case stemmed from a video purportedly showing Kelly having sex with an underage girl. A jury acquitted Kelly after concluding it could not be certain whether Kelly and the girl were the people shown in the video.

"Surviving R. Kelly" touched off a new controversy when it debuted in January, prompting his record label, Sony Music-owned RCA, to end its relationship with the performer.

"We are proud that Lifetime was able to provide a platform for survivors to be heard," Lifetime said in a statement on Friday.

Kelly, a three-time Grammy winner whose hits also include "Bump N' Grind" and "Your Body's Callin," grew up in a Chicago public housing project where, according to his autobiography, he was sexually abused beginning at age 8.