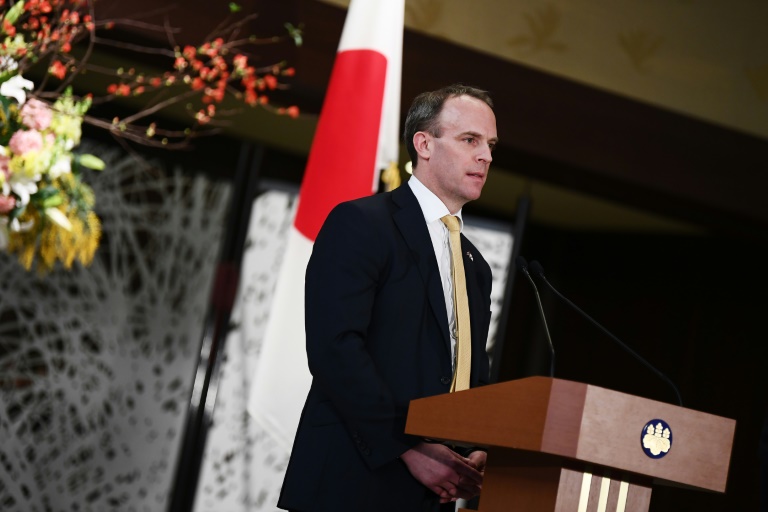 Raab is on a four-nation Asian tour in his first major overseas trip since Britain left the European Union on January 31 after 47 years of membership.

He arrived in Tokyo Saturday morning from Australia on a two-day visit and held talks with Japanese Foreign Minister Toshimitsu Motegi in Tokyo.

"In line with our commitment to free trade, we will work quickly to make the new partnership as ambitious, high standard and mutually beneficial as the Japan-EU EPA," the two ministers said in a joint statement.

Their planned bilateral trade accord would "send a very powerful signal of our shared commitment to free, rules-based trade," Raab told reporters.

Motegi said preparations were under way for formal negotiations on a Japan-Britain free trade partnership.

"We agreed that we will start and conclude the negotiations as early as possible," he added.

In 2018, Japan and the EU struck a trade deal covering more than 630 million people and economies that add up to around a third of global output.

They began negotiations in 2013, two years after agreeing to start talks.

Following Brexit, Britain is hoping to negotiate a new trade deal not just with Brussels but also the United States, Japan and other countries.

Raab is also heading to Singapore and Malaysia.