WORLD Rabies death toll climbs to 17 this year in Thailand

Rabies death toll climbs to 17 this year in Thailand 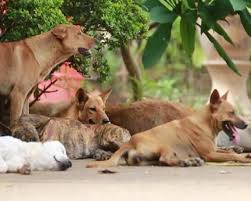 According to the department, one more rabies death was confirmed in southern Thailand's Songkla on Wednesday, putting the total number of rabies death nationwide this year to 17.

Doctor Assadang Ruay-arjin, spokesman of the department said that a 65-year-old man was admitted to hospital in Songkla with chest pain and swallowing difficulty before he was tested positive for rabies and died.

The man, who had no record of receiving a rabies vaccine, raises 80 stray dogs at home and was bitten by a dog in January, the spokesman said.

Public health officials have inspected his neighborhood and provided rabies vaccine to people at risk.

Fourteen provinces, mostly in the country's northeast and south, have recorded 17 rabies deaths. Public health officials advised those who are bitten by a cat or a dog to immediately wash the wound or scratch it with water and soap before seeing a doctor.

Thailand has withdrawn a bill on animal torture and welfare for further review following heavy criticism. The bill requires owners to register their pets. Under the bill, owners must pay up to 450 baht (about 14 US dollars) for each pet or face a jail term up to two years.

The number of stray cats and dogs in Thailand was estimated at 820,000 last year, and the total will reach 2 million by 2027 and 5 million in 20 years if nothing is done, according to the Livestock Development Department.