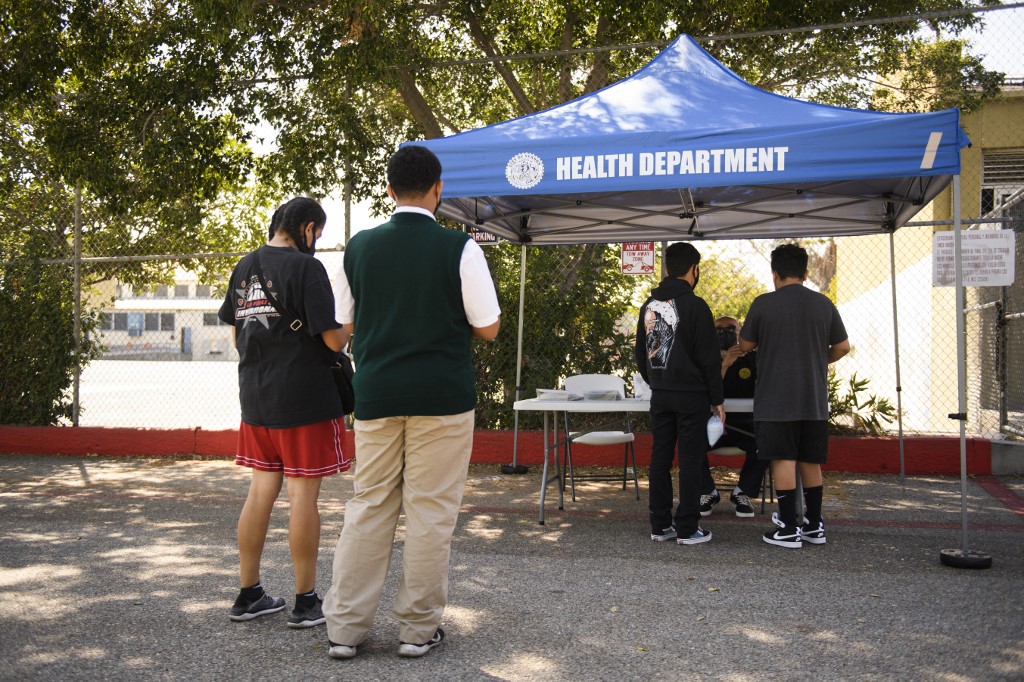 Teenagers receive vaccination cards after being administered a first dose of the Pfizer COVID-19 vaccine at a mobile vaccination clinic at the Weingart East Los Angeles YMCA on May 14, 2021 in Los Angeles, California. (File photo: AFP)

Only 22 percent of Black Americans have gotten a shot, and Black rates still trail those of Whites in almost every state, according to the data obtained and analysed by Kaiser Health News from the Centers for Disease Control and Prevention (CDC) which gave a sweeping national look at the race and ethnicity of vaccinated people on a state-by-state basis.

Targeted efforts have raised vaccination rates among other minority groups. Hispanics in eight states, the District of Columbia and Puerto Rico are now vaccinated at higher rates than non-Hispanic Whites. Yet 29 percent of Hispanics are vaccinated nationally, compared with 33 percent of Whites.

While 45 percent of Native Americans have received at least one dose, stark differences exist depending on where they live. And Asian vaccination rates are high in most states, with 41 percent getting a shot.

"The analysis underscores how vaccine disparities have improved as availability has opened up and (Joe) Biden administration officials have attempted to prioritize equitable distribution. Still, gaps persist even as minority groups have suffered much higher mortality rates from the pandemic than Whites and are at risk of infection as states move to reopen and lift mask mandates," reported CNN on Thursday while quoting the figures and rates.