A Chinese university lecturer was subjected to a racist attack by a gang of men while out jogging in Southampton, UK, raising concerns over the safety of Chinese people overseas.

The 37-year-old Chinese national named Wang Peng, a lecturer at the University of Southampton, was out jogging in the afternoon in Woolston, Southampton on March 1 when four men shouted racial abuse at him from a car, saying things like “Chinese virus.” When he shouted back, the gang of four got out and attacked him. 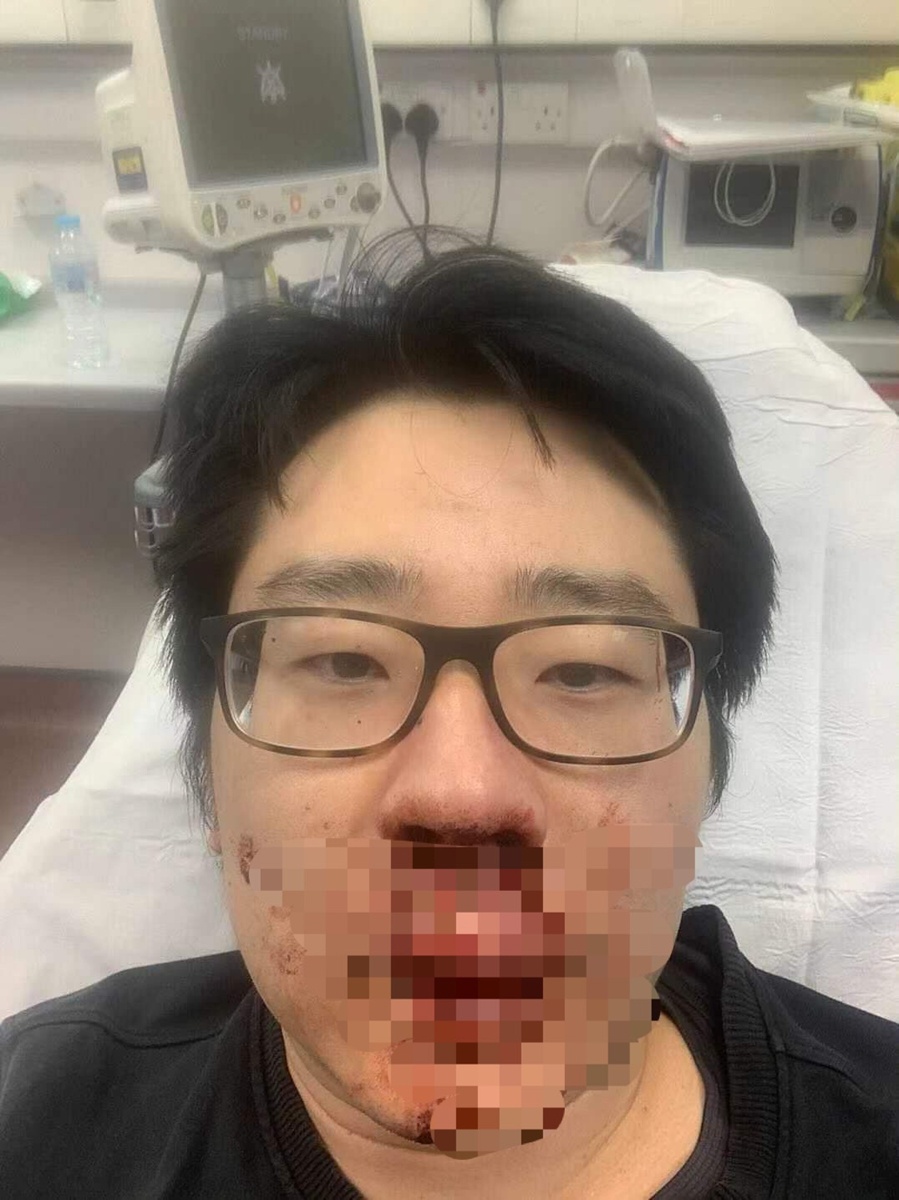 He was repeatedly punched and kicked to the ground, suffering injuries to his nose and elbow.

Wang told the Global Times on Tuesday that he felt better after receiving hospital treatment but said he was very concerned about the safety of Chinese nationals in the UK, especially the overseas students.

“Since the University of Southampton is one of the most prestigious universities in the UK, around 95 percent to 98 percent of the 400 international students that I teach every year come from China. I hope my experience can serve as a reminder to them to notice the potential danger,” Wang told the Global Times, noting that the men attacking him shouted insults such as telling him to go back home.

Wang has worked as a lecturer in financial management at the Department of Accounting with the University of Southampton since 2014 after he graduated with a PhD from the Harbin Institute of Technology in Harbin, Northeast China’s Heilongjiang Province.

Professor Jane Falkingham, vice president (international) as well as dean of the Faculty of Social Sciences at the University of Southampton told the Global Times on Tuesday that she was very concerned and saddened to learn about the attack on Wang.

“The City of Southampton is known for its diversity and has welcomed people from across the world for hundreds of years. Last night I had the honor of joining a meeting attended by several hundred people to show their support and solidarity with Dr. Wang and condemnation of all violence and racism. The meeting was attended by people from across the UK [on Zoom],” Falkingham said.

The university has issued a statement reaffirming its commitment to zero tolerance of violence and discrimination. “Our university does not, and will not, tolerate violence or discrimination against any member of our community. We all have a role to play in making all our staff, students and visitors feel welcome and safe,” professor Mark E. Smith, president and vice-chancellor, said in the statement.

“Although there were witnesses to the attack, there were no surveillance cameras in the area where the attack happened. The police only caught one of the attackers who owned the vehicle but had to release him due to a lack of substantial evidence such as surveillance footage,” Wang said.

Similar racial attacks against overseas Chinese in the UK also happened last year after the COVID-19 epidemic broke out in China.

A group of four Chinese students from the University of Southampton were assaulted and one of them was attacked outside the student accommodation last March. A female postgraduate student from Sheffield University was verbally abused and shoved by three people because she was wearing a protective face mask when she walking alone near the university last January.