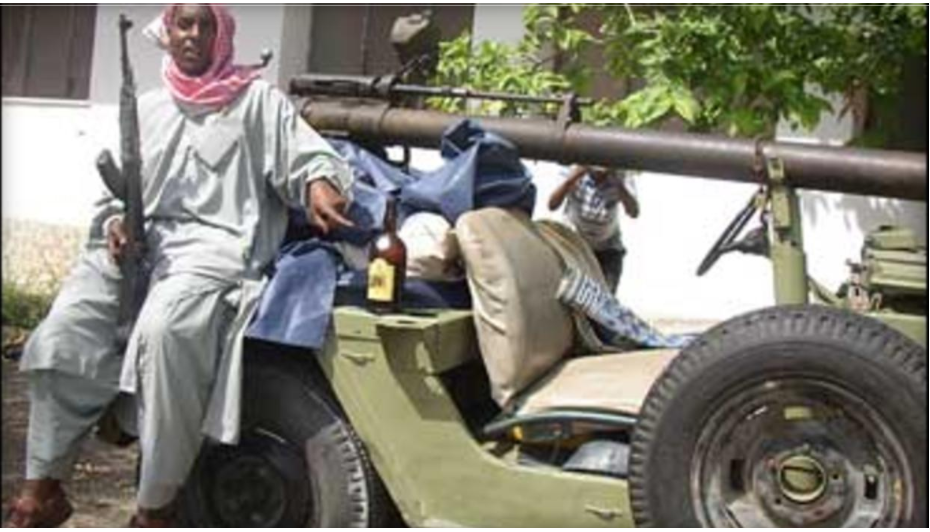 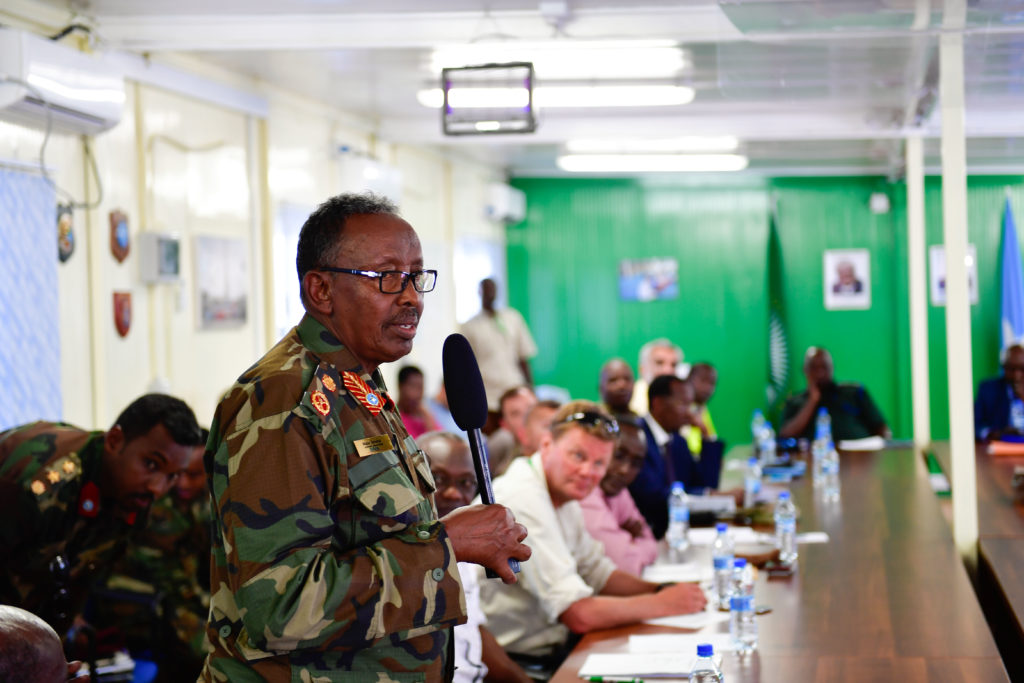 Masked men who appeared to be members of the Somali security forces raided the house of a powerful Somali senator on Saturday, but the government initially said it did not know who they were, fuelling political tensions.

Senator Abdi Hassan Awale Qaybdiid is a former militia leader, chief of police, minister and regional head. Now he heads the constitutional committee in parliament and the upper house.

The attack on his home underscores the lack of clear lines of command and control within Somali forces as top officials ordered an urgent enquiry into who authorized the raid.

The weak, UN-backed government is fighting an al-Qaeda linked Islamist insurgency. But the fight has been hampered by its inability to control its fledgling national security forces, largely recruited from clan militias and put through training by other nations.

Government forces broke into my house, they beat the guard with butts and took his gun,” Qaybdiid told reporters at his home on Saturday. “They broke all the doors of my rooms and my cupboards... My wife was in the toilet by then. They broke the toilet while she was inside it.”

“Immediately after my house was stormed, the head of Mogadishu’s national security forces called me saying the forces that attacked my house were the military forces trained by the United Arab Emeritus. But an investigation will prove who they were,” Qaybdiid said angrily.

The United Arab Emirates (UAE), along with Turkey, Britain, the United States and others have all given Somali soldiers training. A spat between the Gulf states, especially Qatar and the UAE, has fueled political divisions in Somalia.

Earlier this month, security forces killed five people in a raid on the home of a powerful opposition leader perceived to be close to the UAE. Officials accused him of trying to overthrow the government. The raid exacerbated tensions between some of Somalia’s powerful clans; the opposition leader was released although a court case against him continues.

But the government said it had not ordered Saturday’s raid on Qaybdiid, who is from the same clan as the opposition leader. Somalia’s military commander, General Abdiweli Jama Gorod, said he had ordered an urgent investigation.

“The entire government is disappointed. It was not something that was expected. We believe the forces and those who ordered them had ulterior motives,” he said. “I assure you that those who were behind the attack will be found and punished.”

Witness Mohamed Nur told Reuters, “The forces that went into the senator’s house had dark greenish uniform and masks of the same color. They were many. As they went in, six pickups blocked the nearby alleys...there was no gunfire. The six pickups looked new but I could not make out which type of government soldiers they were.”

Two security sources later told Reuters that 40 soldiers who had been trained by the UAE had been arrested for the attack. One source said two intelligence officials were also arrested. The soldiers’ arrests were also reported on a government-run website, although without attribution.