WORLD Rail strike looming across US

Rail strike looming across US 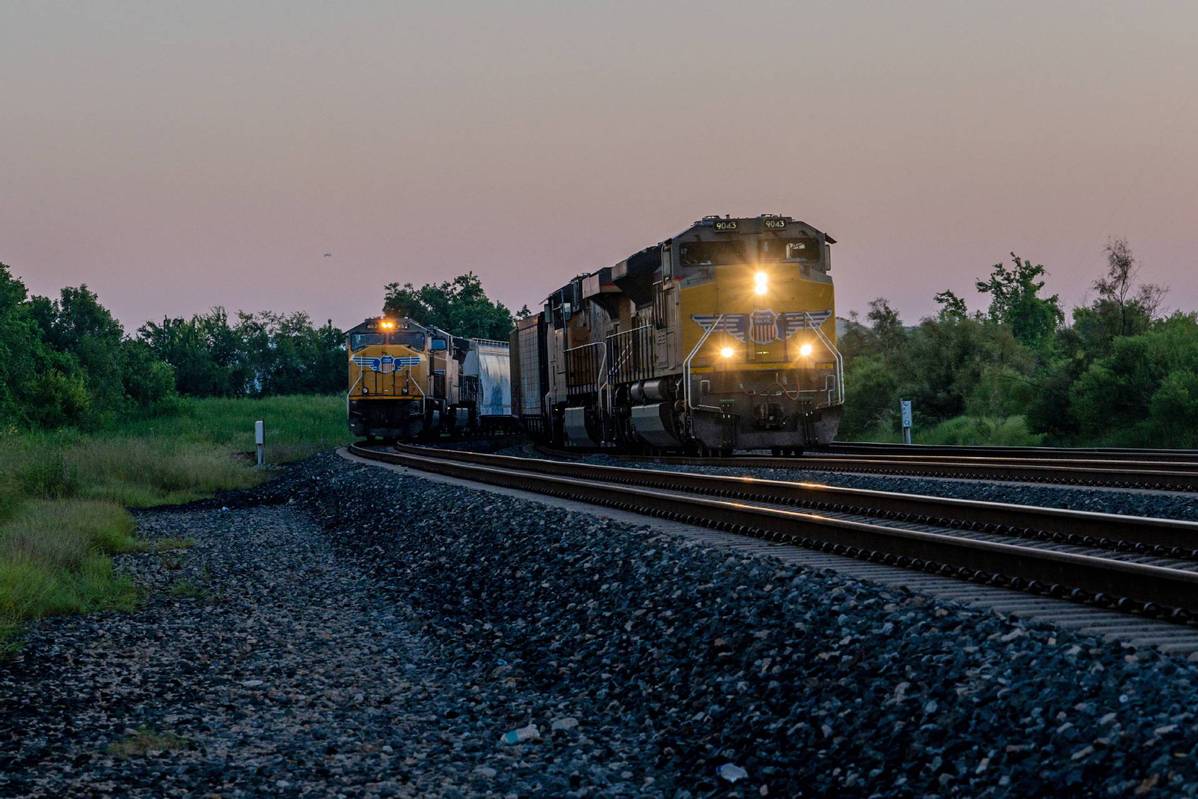 Freight trains travel through Houston on September 14, 2022 in Houston, Texas. Rail carriers across the country are cutting shipments and Amtrak has begun stopping passenger routes as a national railroad strike looms. (Photo: Agencies)

Congress faced mounting calls on Wednesday to step in to prevent a nationwide rail strike early Friday that could stop the transportation of food and other goods and likely lead to higher prices.

Labor Secretary Marty Walsh on Wednesday was holding emergency meetings of the rail carriers and unions to help broker a deal.

The dispute is tied to disagreements between management and labor over sick time and penalties for missing work. Nine unions have reached tentative agreements, but two of the largest unions — representing 57,000 conductors and engineers — haven't agreed to a deal, which could prompt a major strike or the railroads to lock out passenger rail agencies and workers.

America's railroads are crucial to the economy. Freight railroads are responsible for carrying 30 percent of the nation's long-haul freight, according to the Bureau of Transportation Statistics, and a work stoppage could jeopardize those shipments.

While the stakes are high for the economy, they also could be high for President Joe Biden who wants to keep America's trains running and lower inflation, but who also is a longtime advocate for union workers.

Biden phoned leaders on both sides on Monday to urge a deal, stressing that a strike will hurt rail customers and a broad swath of people and businesses across the country, and a negotiated agreement is the best way to avoid one.

There is no meaningful alternative if freight trains stop running.

"Idling all 7,000 long distance daily freight trains in the US would require more than 460,000 additional long-haul trucks every day, which is not possible based on equipment availability and an existing shortage of 80,000 drivers," said Chris Spear, CEO of the American Trucking Associations in a letter to members of Congress asking that they act to prevent a strike.

The National Association of Wholesaler-Distributors (NAW) announced Wednesday that it signed onto a letter to urge Congress to take action to prevent the strike, saying "any rail service disruption will create havoc in the supply chain and fuel inflationary pressures across the board".

The organization wants Congress to use its authority to require that the labor unions and railroads agree to the recommendations that a presidentially appointed board proposed last month.

Republican leaders in Congress were expected to push legislation Wednesday to force the labor unions and management to accept the contract recommendations of a presidential board. Democrats were expected to reject that proposal.

Diane Swonk, chief economist at global tax firm KPMG, told ABC News that should a strike happen, Americans will feel the effects in their wallets.

"It means everything from the potential for layoffs — at the same time that prices are going to continue to rise, and you're going to see more empty shelves in your store," she said.

Meanwhile, transportation disruptions already are happening across the nation.

Scheduled shipments of ammonia, fertilizer and other chemicals for agriculture are being pulled this week, because those products can't be stranded in transit should negotiations fail, farm groups said. Ethanol prices moved markedly higher this week on the threat of a strike, according to S&P Global.

On the passenger rail side, Amtrak is canceling all long-distance trains starting Thursday, although most trains in the Northeast won't be affected, Amtrak said.

While Amtrak isn't involved in the ongoing negotiations between the two sides, a work stoppage would affect its passenger service because almost all its routes outside the Northeast corridor operate on tracks maintained and dispatched by freight railroads.

Commuter rail systems in several states and cities, including Chicago, San Francisco, Washington state and Maryland are bracing for shutdowns.

"If rail shuts down, our entire agricultural system shuts down," said Republican Senator Deb Fischer of Nebraska, in a speech on the Senate floor, emphasizing that her state's farmers were counting on the upcoming harvest season. "The stakes of these rail negotiations could not be higher."

A brief work stoppage isn't expected to cause much economic disruption. But a prolonged walkout of a week or more could cripple the nation's still struggling supply chain, cause widespread shutdowns and shortages, and likely further drive up prices even as inflation remains near a 40-year high.

"At a week, you see real damage in the US economy," said economist Patrick Anderson of Anderson Economic Group, which conducts impact estimates on work stoppages.

A strike by freight train haulers would mean the delivery of new cars from the factories to dealers would mean car buyers might not get the vehicle they want on time.

Because nearly all new vehicles that must go further than 200 miles from the factory are transported by rail, it is almost a certainty that new vehicles coming to the US from Mexico or other countries will be delayed, Michael Robinet, an executive director for S&P Global Mobility, told The Associated Press.

Automakers might face shortages of large parts and raw materials that are transported by rail.

Oil refineries might have to halt production if they don't have access to rail to ship gasoline. That could hurt consumers who would likely end up paying more for gasoline, electricity and natural gas.

About 300,000 barrels of crude oil move by rail each day, which could supply about two midsize refineries, according to American Fuel & Petroleum Manufacturers.

And about 5 million barrels of propane, representing a third of US consumption, are moved by rail monthly, the group said.

Livestock producers could see problems almost immediately if shipments of feed abruptly ended, according to the National Grain and Feed Association.

Meat and poultry groups noted the reliance on rail for shipments of feed. Every week, the nation's chicken industry receives about 27 million bushels of corn and 11 million bushels of soybean meal to feed chickens, said Tom Super, senior vice-president of the National Chicken Council.

The critical upcoming holiday selling season could be affected.

Jesse Dankert, vice-president of supply chain at the Retail Industry Leaders Association, a retail trade group that counts more than 200 retailers as its members, said that retailers are already feeling the impact from the uncertainty as some freight carriers are limiting services.

Dankert said that retailers are making contingency plans like turning to trucks to pick up some of the slack and making plans to use some of the excess inventory that it has in its distribution centers.

But she said there aren't enough trucks and drivers to meet their needs. That scarcity will only drive up costs and make inflation worse, she said.