Thousands of rail workers will launch a strike across the UK on Tuesday as part of a wave of industrial action planned for the festive period. 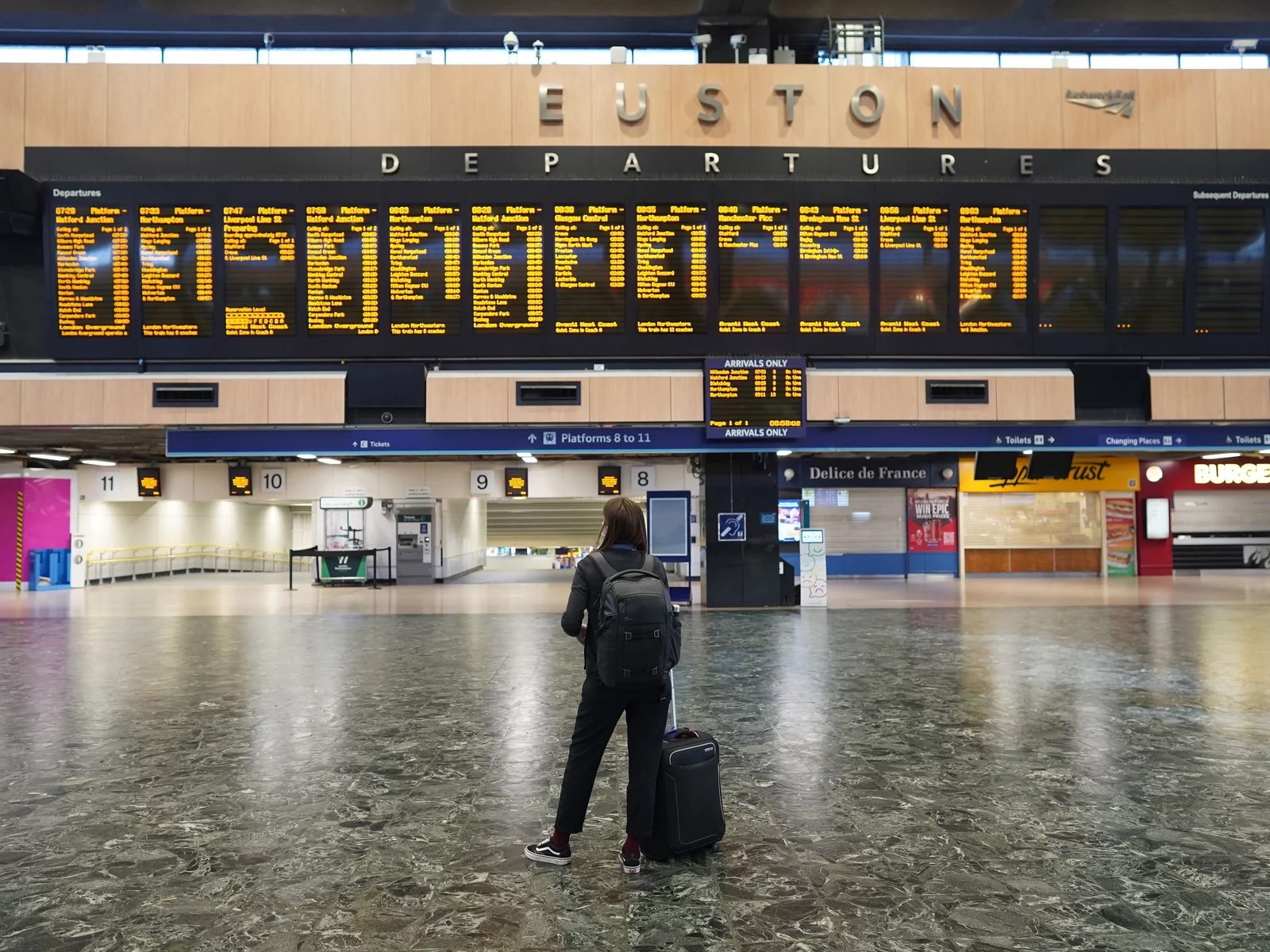 A passenger at Euston station in London looks at the departures board on the first day of a rail strike on Tuesday June 21, 2022. (File photo: AP)

The strikes called by Britain's largest rail union, the Rail, Maritime and Transport (RMT), will see picket lines at major stations and cancelled or disrupted journeys.

People are advised only to travel if essential.

The latest round of rail strikes comes as the UK is experiencing a wave of industrial action on a scale not seen since the 1980s, fuelled by energy and food price hikes.

Those striking include nurses, postal workers and border force officials.

The rail strikes will be held over two 48-hour periods this week, from Tuesday to Wednesday and from Friday to Saturday.

The RMT plans further strikes over Christmas and in early January.

Its members on Monday rejected a pay offer from Network Rail, the owner of Britain's railway infrastructure.

Network Rail had offered its workers a pay rise of five percent backdated for this year and a further four percent at the start of 2023.

The RMT union confirmed Monday that its members had voted to reject this latest offer and would go ahead with strikes.

The RMT said the pay offer was tied to "thousands of job losses" as well as an increase in unsocial hours.

The government urged the union to call off the strikes.

Transport minister Mark Harper wrote in right-wing broadsheet The Daily Telegraph Monday that the government "has worked hard to ensure there is a fair two year pay deal on the table".

The minister said the proposed deal was more generous than in the private sector and would unlock "essential reforms".

The rail strikes will hinder people's travel plans for Christmas and come as snow on Monday already disrupted travel.

The RMT union has announced further strikes from 6 pm on Christmas Eve, December 24, until 6 am on December 27.

More industrial action is planned for January 3-4 and 6-7.

A YouGov poll last week found that 51 percent opposed the planned rail strikes over Christmas, while 27 percent supported them.

The right-wing Sun tabloid wrote Monday: "At a time of national crisis, the unions are behaving no better than the lunatics at Just Stop Oil," referring to environmentalist activists who block roads.

The government on Monday urged unions to call off planned strikes that will hit healthcare and mail delivery over the Christmas period.

Cabinet Office minister Oliver Dowden said: "I don't think most people think it's fair and reasonable to undertake these strikes. So my message to them would be even now please call them off."