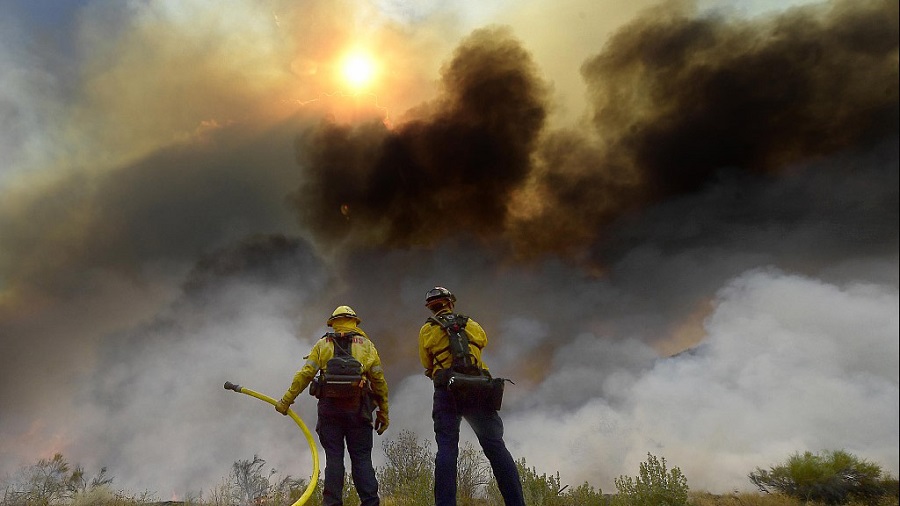 Firefighters work to keep flames from the Fairview fire from crossing Bautista Canyon Road into citrus groves in Hemet on Wednesday, the U.S. state of California, Sept. 7, 2022. (Photos: CFP)

A tropical storm off the Pacific Coast brought cooler temperatures and much needed rain to Southern California on Saturday, ending a scorching heatwave and easing fears that a massive wildfire could threaten more residents.

Officials had warned that high winds from the remnants of Tropical Storm Kay could fan the flames of the Fairview Fire, which was sparked on September 6. By Friday, the wildfire had consumed about 27,000 acres in Riverside County, east of Los Angeles, and was only 5 percent contained. Heavy rain from the storm, meanwhile, raised the possibility of flash flooding and mudslides.

But steady rain helped firefighters make significant progress overnight, according to Rob Roseer, a spokesman for Cal Fire, the state's firefighting agency. As of 10:50 a.m. local time, the fire was 40 percent contained, and there were no reports of flash flooding or debris flows, Roseer said.

"Thankfully, the rain from Tropical Storm Kay came through earlier than expected and provided a lot of relief for firefighters," he said.

Thousands of residents have been ordered to leave their homes, though some people who live west and northwest of the fire have been allowed to return since Friday, Roseer said. Two people have died as a result of the fire. 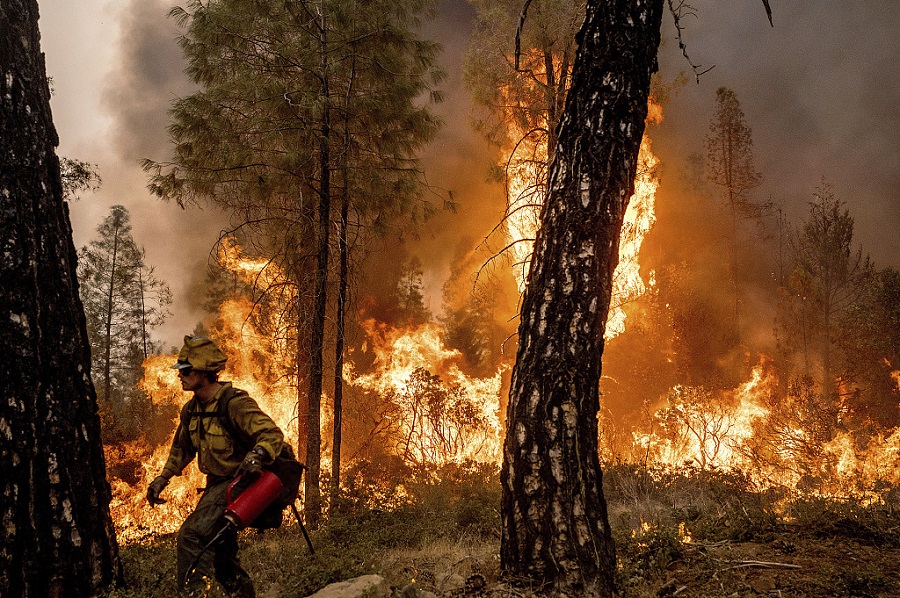 A firefighter lights a backfire to burn off vegetation while battling the Mosquito Fire in El Dorado County, the U.S. state of California, September 9, 2022.

The Mosquito Fire east of the state capital of Sacramento continued expanding overnight, however. As of Saturday morning, the blaze had burned through more than 33,000 acres and was 0 percent contained, Cal Fire said.

Highs in southern California were mostly expected to stay under 32 degrees Celsius, according to forecasters, after days of oppressive heat across much of the state. Temperatures hit a record 38.33 degrees Celsius at Los Angeles International Airport on Friday, the National Weather Service said.