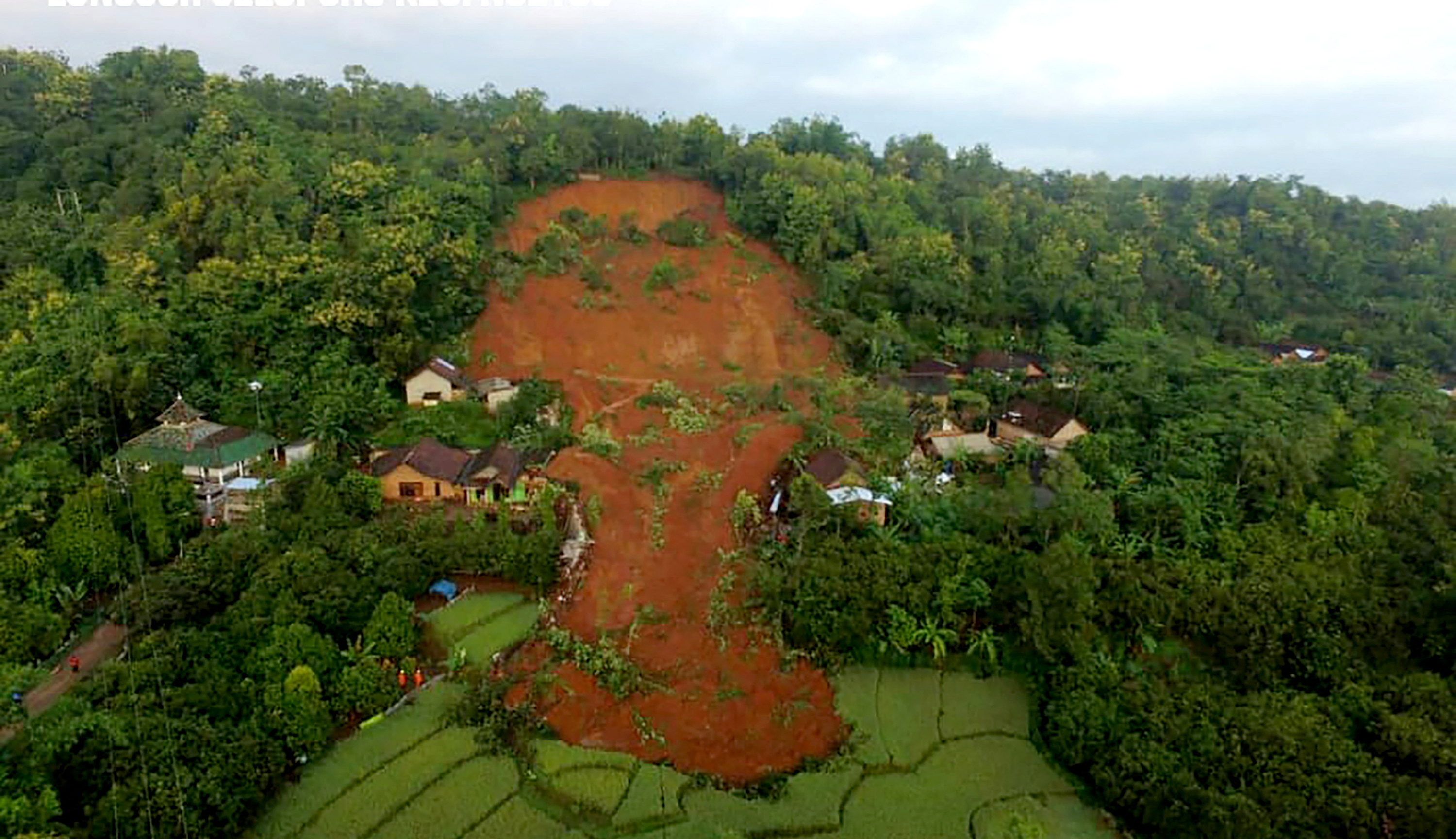 This aerial handout photo taken on February 15, 2021 and released by Indonesian National Board for Disaster Management (BNPB) shows the damages from a landslide in Nganjuk, East Java province. (Photo: AFP)

Torrential rains triggered a landslide on Indonesia’s main island of Java that killed at least 10 people, with rescuers digging desperately with their bare hands and farm tools on Monday to locate nine missing people, including four children, officials said.

The mud that rolled down from surrounding hills late Sunday struck at least eight houses, injuring 14 people and leaving 21 people buried under tons of mud. Two were rescued on Sunday.

Rescuers on Monday found bodies buried under as much as 6 meters (10 feet) of mud and were searching for the nine people still missing, Nganjuk district chief Novi Rahman Hidayat said. Heavy equipment arrived later to help in the search.

Overnight rains caused rivers to burst their banks in other districts of the province on Monday, sending nearly 1 meter (about 3 feet) of muddy water into some residential areas and forcing hundreds of people to flee from their submerged homes, Jati said.

Severe flooding has been reported in many provinces in the vast archipelago nation over the past few days.

Seasonal downpours cause frequent landslides and floods each year in Indonesia, a chain of 17,000 islands where millions of people live in mountainous areas or near fertile flood plains.