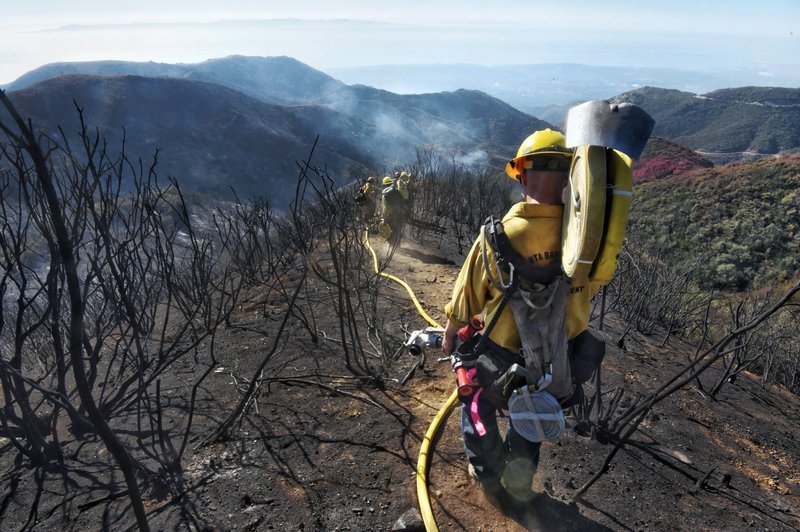 Storms brought rare rain to California on Monday and increased the risk of mudslides in fire-ravaged communities, driving property owners to stack sandbags in devastated northern wine country and authorities to order evacuations farther south for towns below hillsides burned by the state’s largest-ever wildfire.

Forecasters issued a flash flood watch for parts for Sonoma and Mendocino counties north of San Francisco and warned that heavy rainfall could trigger mudslides in those areas devastated by October wildfires. The blazes leveled entire neighborhoods, killing 44 people and destroying more than 8,900 homes and other buildings.

A yearslong drought eased in California last spring but hardly any measurable rain has fallen in the state over the past six months. The extremely dry conditions and high winds last year led to some of the most destructive blazes on both ends of the state.

The storm coming in from the Gulf of Alaska could dump up to 4 inches of rain on Northern California areas still recovering from fires before clearing up by Tuesday evening, National Weather Service meteorologist Steve Anderson said.

“Everything is soaking into the ground at this time, but if it gets very heavy, it could trigger a flash flood warning,” Anderson said.

The storm moved in to the San Francisco Bay Area early Monday, snarling traffic during the morning commute and causing several crashes. No major injuries have been reported.

Officials in the city of Santa Rosa, one of the areas hit hardest by the October wildfires, say crews are standing by in case they are needed.

The National Weather Service also issued a winter weather advisory for portions of the Sierra Nevada above 7,000 feet (2,134 meters), forecasting about 4 to 7 inches of snow and up to 1 to 2 feet on higher peaks Tuesday. It says travelers should prepare for difficult travel conditions, including gusty winds, low visibility and slick and snow-covered roads.

In Southern California, residents of the hillside communities of Montecito, Summerland and Carpinteria who evacuated flames and smoke in December were ordered to leave again because rain could wash dirt and debris into neighborhoods.

The wet and windy system moving ashore could soak much of the state and drop several inches in parts of Santa Barbara and Ventura counties, where the Thomas fire has burned for more than a month and left hillsides bare. About an inch of rain is forecast for downtown Los Angeles, the most in nearly a year.