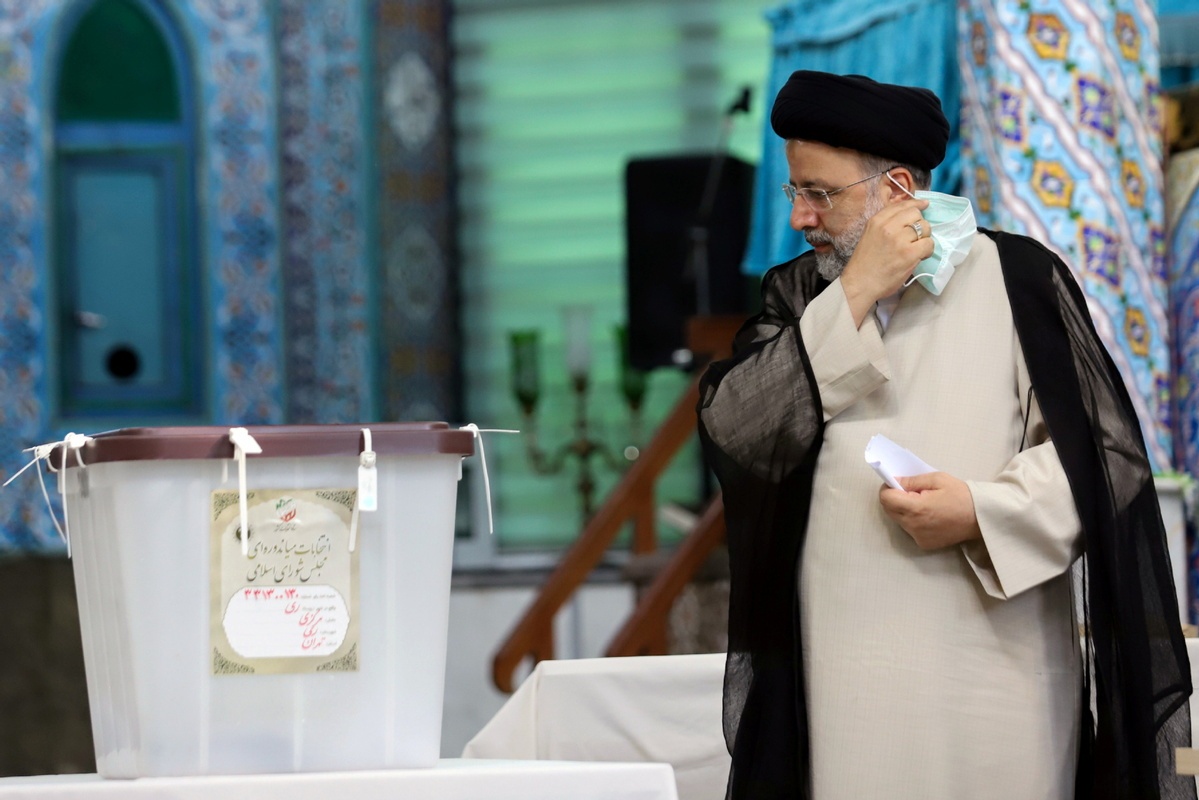 Presidential candidate Ebrahim Raisi holds his mask as he arrives to cast his vote during presidential elections at a polling station in Tehran, Iran June 18, 2021. (PHOTO: AGENCIES)

Iranian Deputy Interior Minister Jamal Orf told a press conference that 28.6 million Iranians out of some 59 million eligible voters participated in the election.

With around 90 percent of the votes counted, Raisi has so far garnered over 17.8 million votes in the election, followed by Mohsen Rezaei with 3.3 million.