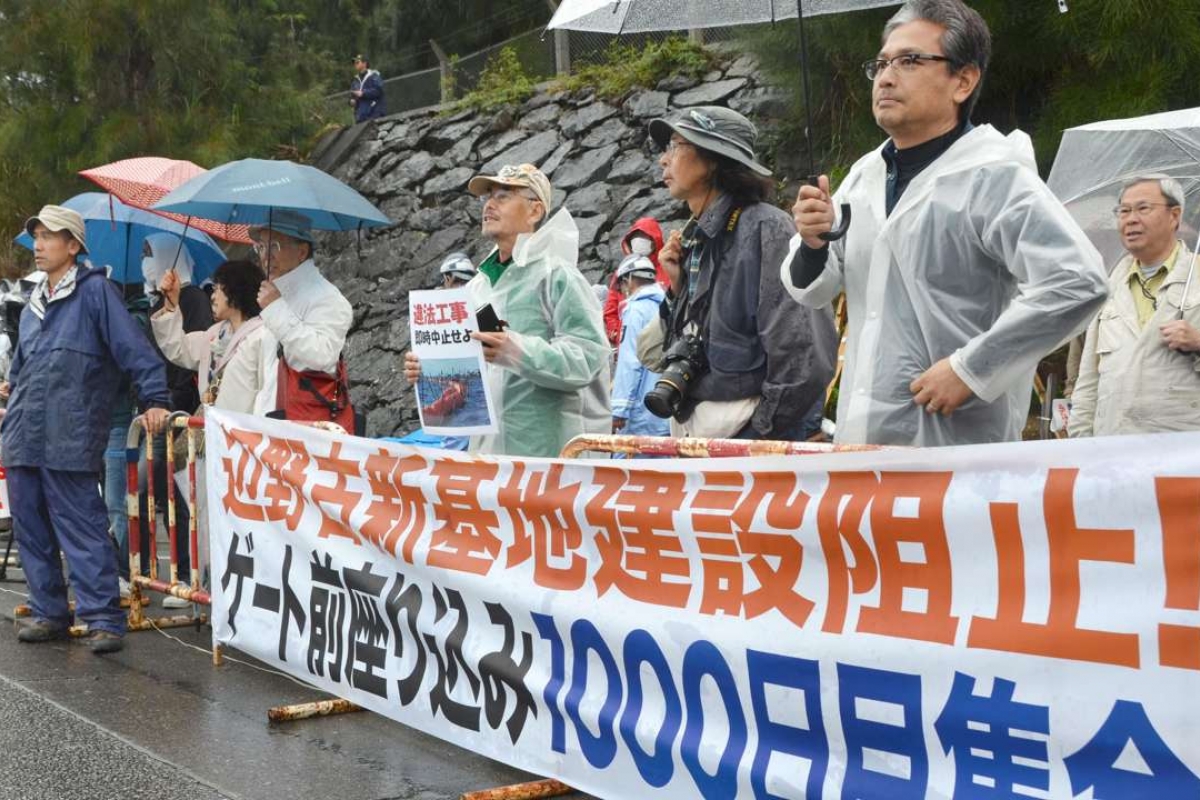 TOKYO, May 17 (Xinhua) -- Protesters calling for their US base-hosting burdens to be reduced marched in Japan's southernmost prefecture of Okinawa on Friday as part of the annual three-day "Peace March."

The rally, which was divided into two routes and comprised more than 1,000 protesters, coincides with Okinawa this week marking the 47th anniversary of its reversion to Japan from US control.

Okinawa was occupied by US forces after the end of World War II in 1945 and ostensibly returned to Japan on May 15, 1972, although many in Okinawa, owing to their disproportionate base-hosting burdens, still feel a sense of continued "occupation" by US forces.

One rally was held in front of the gate of the US Marine Corps' Camp Schwab in the coastal Henoko area of Nago, which a site under construction by the central government to build a replacement facility for the US Marine Corps Air Station Futenma.

The majority of Okinawans want to see the US base relocated outside of Okinawa, or Japan as a whole.

Another group of protesters gathered in Okinawa's capital, Naha, and began their march from there.

Former Nago Mayor Susumu Inamine, addressing the protesters in front of the US base, asked whether Okinawans really had democracy.

"The construction is underway despite the result of the referendum. Do we really have democracy or local autonomy in this country?"

He was referring to the majority of voters in a prefecture-wide referendum in Okinawa in February, rejecting the government's plans to move the US base to Henoko.

Okinawa, a tiny subtropical island with its own culture, language and history, accounts for just a fraction of Japan's total land mass, yet hosts the bulk of US military bases in Japan.

The central government, based on a pact made with the United States, is forging ahead with construction work in the coastal region of Henoko for a replacement facility for the Futenma base currently located in Ginowan, both in Okinawa, much to the chagrin of local citizens.

Amid rising instances of mishaps and accidents involving US military aircraft and criminal cases involving base-linked personnel, calls from Okinawans for their US base-hosting burdens to be lifted have intensified of late, against a backdrop of growing anti-US sentiment on the island.

The two groups of protesters will join together on Sunday to rally in Ginowan where the controversial Futenma base is located.