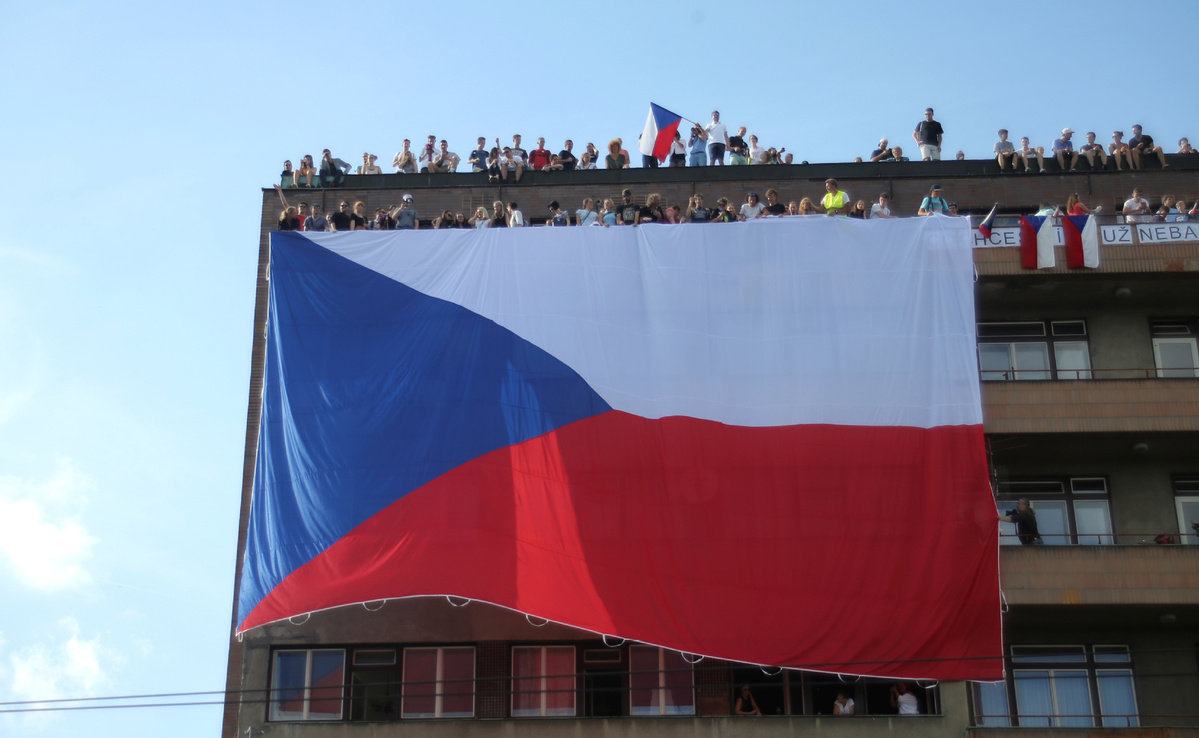 People hang a giant flag of the Czech Republic from a building at a protest rally demanding the resignation of Czech Prime Minister Andrej Babis in Prague, Czech Republic, on June 23, 2019. (Photo: Agencies)

The rally in Letna park, estimated to be attended by more than 250,000 people, was the culmination of a series of demonstrations in recent weeks against Babis, who has faced investigations over alleged fraud and conflicts of interest.

Waving Czech and also European Union (EU) flags, the crowd chanted "Resign, Resign" and "We've had enough". "No Tolerance for Lies and Fraud," read a banner unrolled by the demonstrators.

A preliminary EU report released by Czech media in May said that Babis might have had a conflict of interest over EU subsidies involving his former business empire Agrofert. Babis denied wrongdoing and accused the EU of trying to destabilize the Czech Republic.