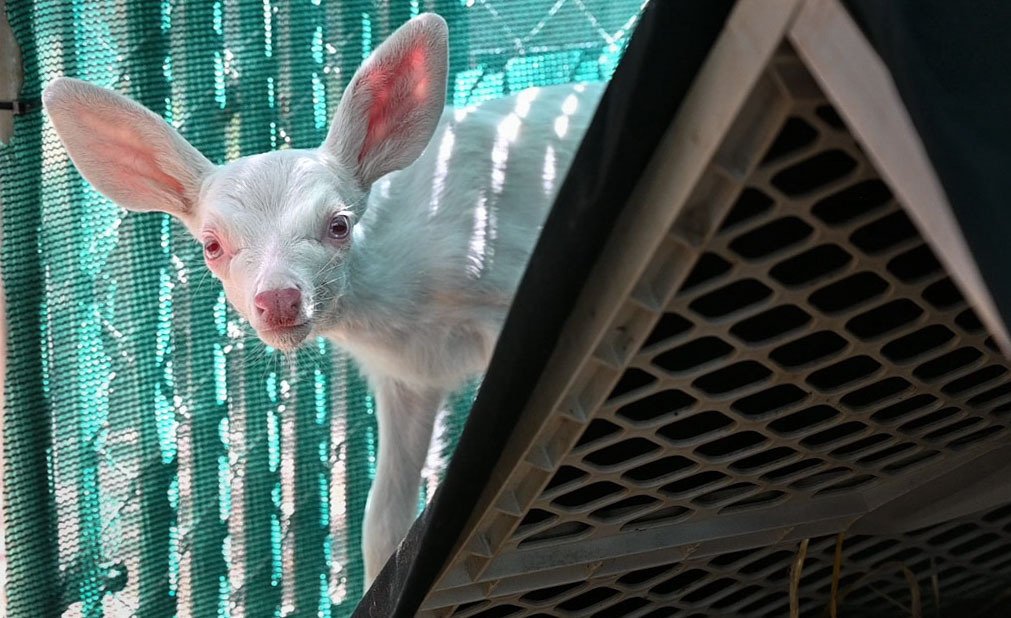 An albino fawn peers out from behind a shelter inside its enclosure, Thursday, May 30, 2019, at the Kindred Spirits Fawn Rescue in Loomis, Calif. A trucker found the fawn sitting in the middle of the road in Woodland, Calif. (Photo: AP)

A rare, all-white fawn has been found and rescued in Northern California by a truck driver who delivered the animal to a rescue center.

The Sacramento Bee reported Sunday that the small albino deer with a pink nose and large pinkish ears was discovered sitting in the middle of a road in Woodland, near Sacramento.

She’s not sure how the fawn happened to be in the road but says that female deer looking for food often leave fawns on their own.

Nicholas says this is the first time she has treated an albino deer during 13 years operating the rescue and rehabilitation center where volunteers treat 50 to 80 fawns per year.