A rare and well-preserved wood carving dating from the early Roman era has been unearthed during work on a high-speed rail development in the United Kingdom.

The humanlike figure, which stands at 67 centimeters tall and 18 centimeters wide, was carved from a single piece of wood, with details including a hat and outline of a tunic still clearly visible.

Digs in the UK frequently turn up hardier relics from the Roman occupation of Britain, including pottery fragments, coins and masonry. Locating a perishable artifact in such good condition is exceedingly rare, and has drawn comparisons with the discovery of the Dagenham idol, a wooden figure from the late Neolithic period or early Bronze Age that was unearthed close to the River Thames exactly 100 years ago.

"This is a remarkable find which brings us face-to-face with our past," said Jim Williams, an adviser for heritage organization Historic England. "The quality of the carving is exquisite and the figure is all the more exciting because organic objects from this period rarely survive."

The figure was discovered in a waterlogged Roman ditch in a field near Twyford in Buckinghamshire, where developers are preparing for a train link called HS2, which will run between London and Birmingham. 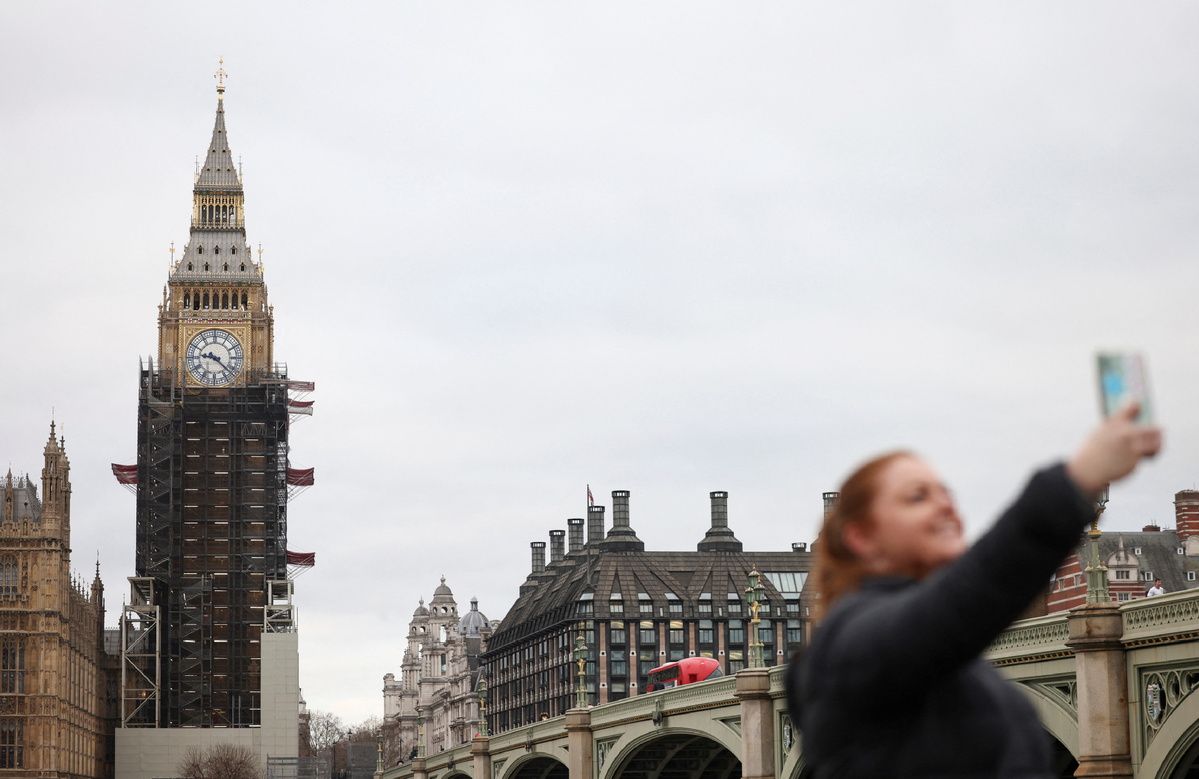 A person takes a selfie in front of the Elizabeth Tower, more commonly known as Big Ben, in London, Britain, Dec 15, 2021. (Photo: Agencies)

One of the largest archaeology programs in UK history is taking place alongside the building project, which has so far turned up the remnants of an Iron Age settlement, a hoard of 300 coins dating back to the first century BC, and the remains of a medieval church among other finds.

Helen Wass, head of Heritage at HS2, said the "unprecedented archaeology program" has provided "a great wealth of new information about our past".

Experts say the figure is likely from the early Roman period, given the style of the carving and tunic-like clothing, while shards of pottery dating from 43-70 AD were also discovered in the same ditch. A small fragment of the carving has been sent for radiocarbon dating.

Archaeologists cannot be sure about the significance of the figure or what it was used for. However, one theory is that such totems were religious offerings.

The Roman occupation of Britain began in AD 43 and lasted close to four centuries. Development during that period has provided rich pickings for archaeologists, as the Romans oversaw huge growth in road building, industrial production, construction and urban planning.