WORLD RCEP agreement to be inked in November: Thai ministry

RCEP agreement to be inked in November: Thai ministry 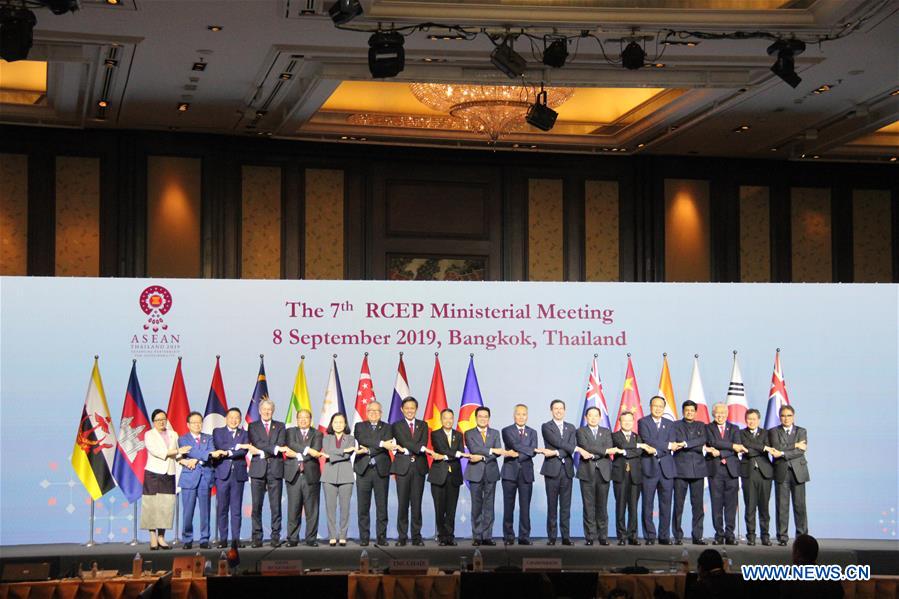 BANGKOK, Oct. 16 (Xinhua) -- Thailand's Ministry of Commerce said on Friday that the Regional Comprehensive Economic Partnership (RCEP) agreement is ready to be signed in November, and is expected to take effect in the second half of next year.

At the 8th RCEP Ministers' Meeting held on Aug. 27 through video conferencing, it was confirmed that the free trade agreement (FTA) would be signed at the 4th RCEP Summit during the 37th Association of Southeast Asian Nations (ASEAN) Summit in Vietnam in mid-November, said Auramon Supthaweethum, director-general of the ministry's Trade Negotiations Department.

Auramon said the signing method will be discussed with Vietnam as the chair of 10-member ASEAN in 2020.

She also confirmed that the RCEP deal is expected to come into effect as early as around the second half of 2021.

Fifteen countries, with the exception of India, will sign the deal, Auramon said.

She said Thailand would at least gain from non-ASEAN members in many ways, such as China, South Korea and Japan.