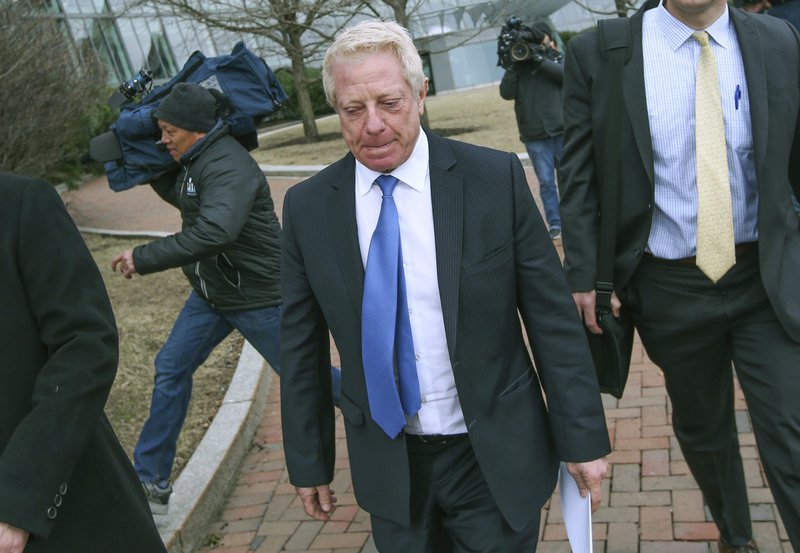 Robert Flaxman, founder and CEO of Crown Realty & Development, leaves the federal courthouse in Boston after a hearing in a nationwide college admissions bribery scandal in March 2019. (Photo: AP)

A California real estate developer was sentenced Friday to one month in prison for paying $75,000 to cheat on his daughter’s college entrance exam.

Robert Flaxman, 63, of Los Angeles, was sentenced in Boston’s federal court after pleading guilty in May to a single count of fraud and conspiracy. He is the 10th parent to be sentenced in a widespread college bribery scheme.

Authorities say Flaxman paid $75,000 to have a test proctor feed his daughter answers on her ACT exam in 2016. She scored a 28 out of 36 on the test, placing her in the 89th percentile and improving 4 points over her previous score on the exam.

Flaxman’s daughter used the score to apply to several schools and ultimately enrolled at one of them, prosecutors said. They did not identify where she goes to college but said the school suspended her for a semester when the scheme was uncovered.

In earlier court documents, the FBI also accused Flaxman of paying an admissions consultant $250,000 to fabricate application documents that were used to get his son into the University of San Diego. Those allegations were not pursued, however, and they weren’t included in Flaxman’s plea agreement with prosecutors.

Flaxman’s lawyers say he agreed to the testing scheme because his daughter’s test scores were too low to get into college. He wasn’t trying to get her into an elite or exclusive school, they said, and he wasn’t chasing social status “ego gratification.”

Prosecutors said he deserved prison time, nonetheless, because his daughter ended up getting involved in the scheme, and because Flaxman sought a tax deduction for the $75,000 bribe, which was funneled through a sham charity.

Flaxman is the owner and CEO of Crown Realty & Development Inc., a real estate firm that operates and develops commercial property in California, Arizona, North Carolina and elsewhere. Its website says it manages nearly $1 billion in property.

More than 50 people have been charged in the scheme, which involves wealthy and famous parents accused of paying bribes to rig their children’s test scores or to get them admitted to elite universities as recruited athletes.

A total of 15 parents have pleaded guilty, while 19 are contesting the charges. Trials are expected to begin in 2020.