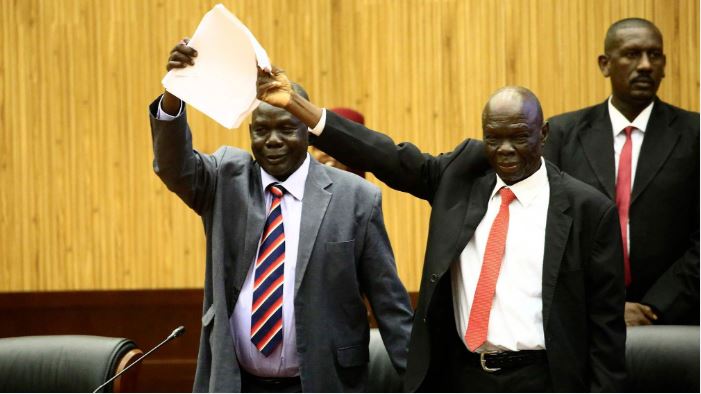 Machar and South Sudan's President Salva Kiir have held weeks of talks in Khartoum, the capital city of Sudan.

Earlier this month, the two parties inked several agreements, including a permanent ceasefire and a power-sharing deal that sees Machar returning as first vice president.

The accord paved the way for the drafting of a final peace deal and is expected to lead to the formation of a transitional government to be in power until elections are held.

A civil war broke in South Sudan little over two years after it became independent from Sudan in 2011.

The conflict pitted Kiir against Machar after Kiir accused his former deputy of plotting a coup.