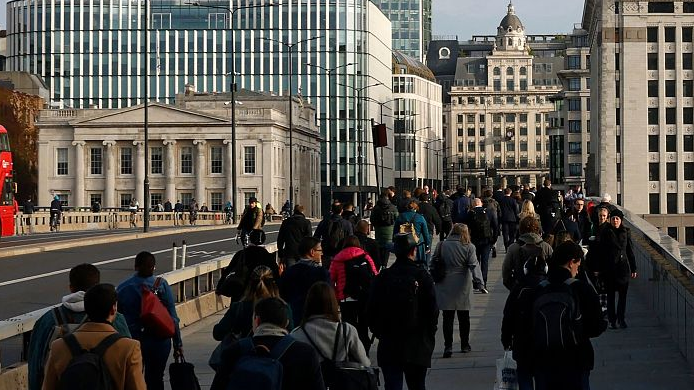 The verdict from the Confederation of British Industry came at its annual gathering in Birmingham, Britain's second biggest city.

The CBI conference comes after the government of Prime Minister Rishi Sunak slashed spending and hiked taxes in a budget, despite admitting that the inflation-wracked economy had fallen into recession.

"Britain is in the middle of stagflation -- rocketing inflation and negative growth -- for the first time that probably most of us can remember.

Sunak, who also addressed the CBI on Monday, took office one month ago after predecessor Liz Truss delivered an unfunded tax-slashing mini-budget that tanked the pound and sent UK borrowing costs soaring.

UK inflation sits at a 41-year peak of 11.1 percent on rocketing food and energy costs in the wake of the Ukraine war.

That has worsened a cost-of-living crisis for businesses and individuals, hit also by soaring interest rates as the Bank of England seeks to cool runaway inflation.

The UK has forecast the economy to shrink 1.4 percent next year, hit also by fallout from Brexit which has resulted in foreign workers returning home.

"When you look at the (growth) data, the only thing holding it up, actually, is higher hours worked due to higher immigration," Danker added on Monday.

"People are arguing against immigration -- but it's the only thing that has increased our growth potential since March.

"Let's be honest -- we don't have the people we need, nor do we have the productivity."