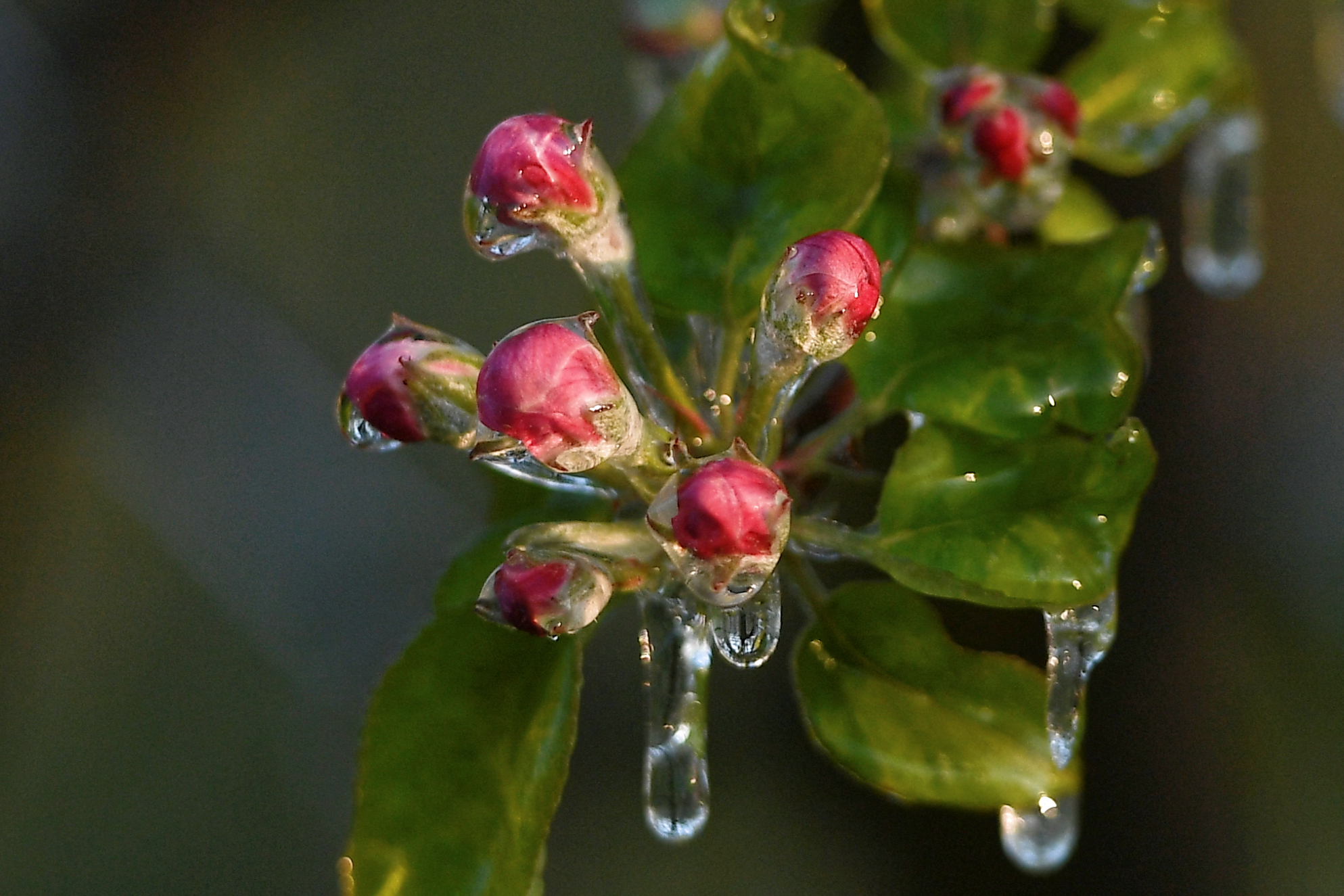 Buds on an apple tree enclosed in ice after being sprayed with water to protect them from freezing temperatures in an orchard in Montauban, southern France. (Photo: AFP)

Record low temperatures in many parts of France overnight are expected to have caused severe damage to some fruit and wine production in the country for a second year running, growers said.

Sunday night was France's coldest in April since at least 1947, at an average of minus 1.5 degrees Celsius – with record low temperatures for the month seen in many parts of the country, weather forecaster Meteo France said on Monday.

The frosts came after particularly mild temperatures in March that made shoots develop early, leaving them vulnerable to cold snaps.

"This was another terrible night for fruit growers and winegrowers with temperatures down to minus 5 or minus 6 degrees," Christiane Lambert, head of France's largest farm union FNSEA told Europe 1 radio.

Producers of fruits such as plums, cherries, apples and pears were the most hit and some were set to lose at least 80 percent of their harvest, she said.

In the wine sector, growers who had managed to prune a little later than usual may have less damage but it could be difficult for those who already had advanced vines, Lambert said. 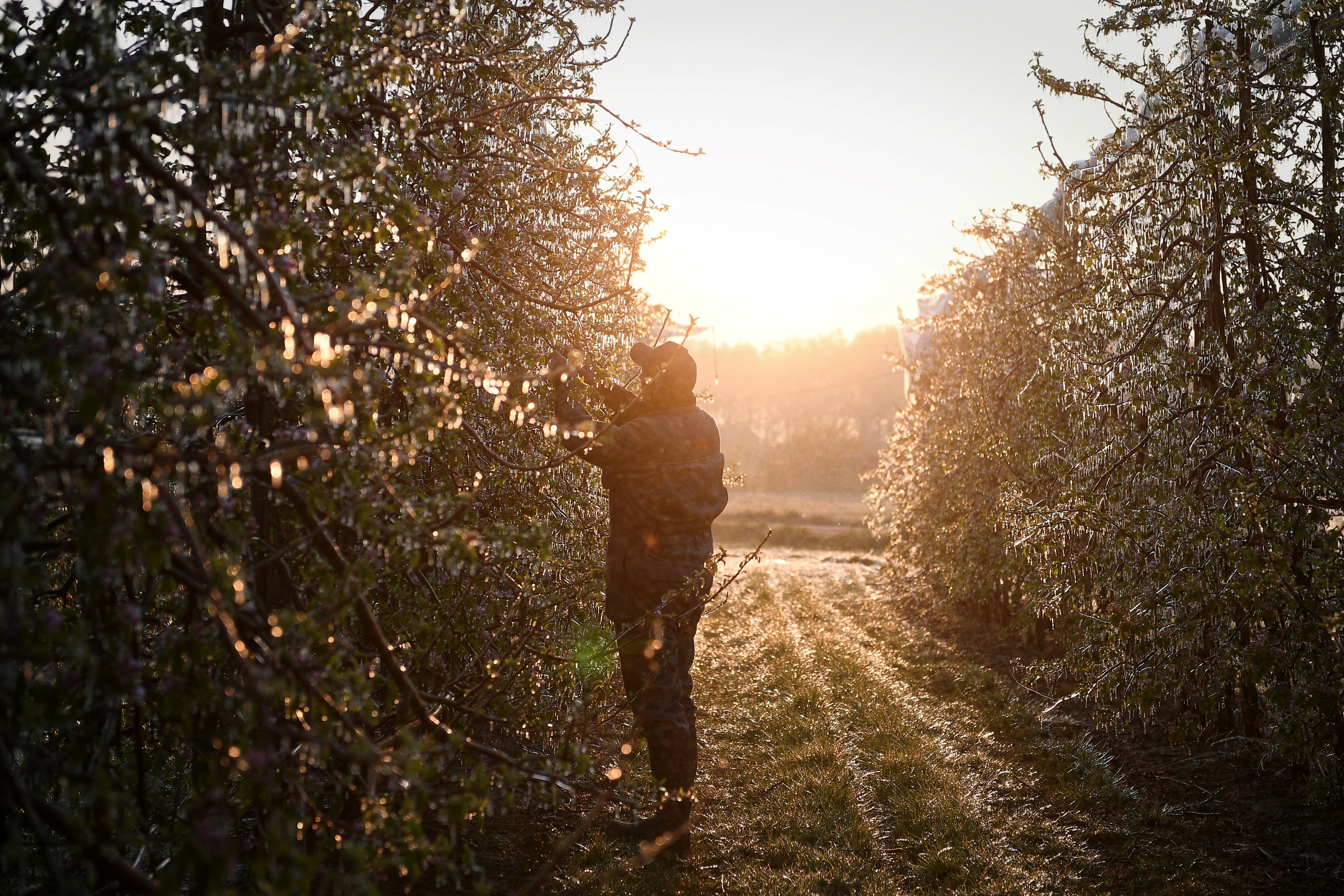 Arborist Damien Garrigues inspects his apple trees, which are covered with a layer of ice after being sprayed with water to protect them from freezing temperatures. (Photo: AFP)

Wine output last year was one of the lowest on record due to a combination of frost damage and pest attacks, with the Champagne harvest at the lowest in 40 years.