SYDNEY, Dec. 19 (Xinhua) -- The New South Wales (NSW) government in Australia has declared a state of emergency on Thursday, with bushfire conditions expected to worsen over the coming days as a record-breaking heat wave sweeps across the country. 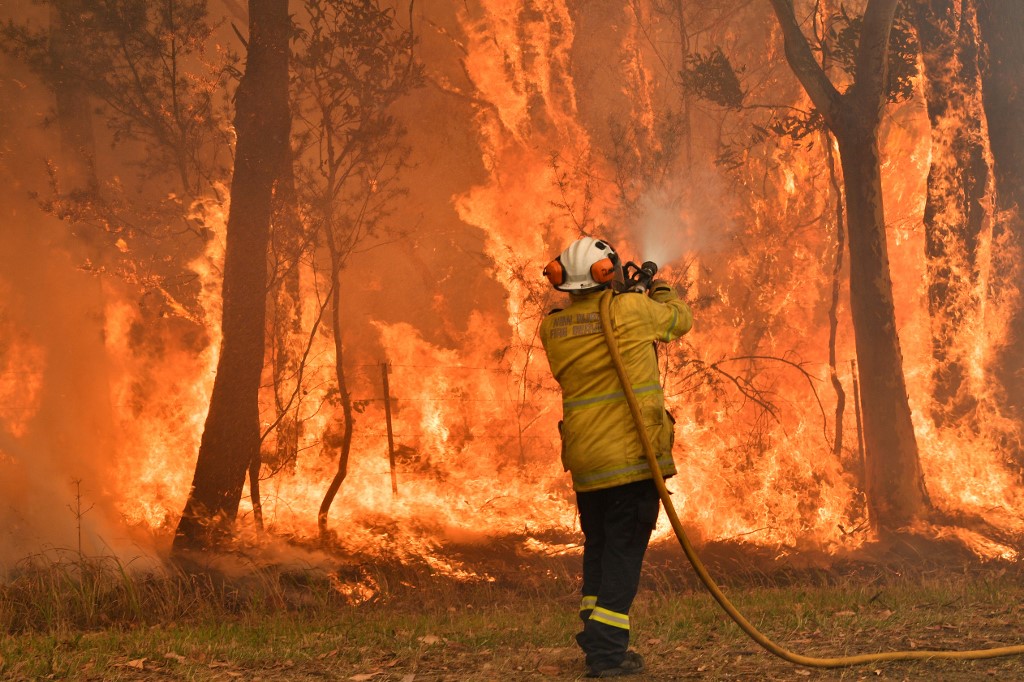 A firefighter conducts back-burning measures to secure residential areas from encroaching bushfires in the Central Coast, some 90-110 kilometres north of Sydney on December 10, 2019. (File photo by AFP)

In effect for the next seven days, the declaration will allow Rural Fire Service (RFS) Commissioner Shane Fitzsimmons to exercise "extraordinary powers to protect life and property."

This essentially means all the state's resources will be at the disposal of fire authorities, giving the RFS the ability to block roads, control infrastructure, take possession of property and direct government agencies.

"The decision to declare a state of emergency is not taken lightly. You only declare states of emergency when it's absolutely necessary and on expert advice," NSW Premier Gladys Berejiklian told reporters in Sydney.

"It will ensure once again that our state is best placed to respond to the predicted fire conditions."

"The biggest concern for us over the next few days is the unpredictability."

"With extreme wind conditions, extreme hot temperatures, we have a good idea, a good sense, of where the most concerning areas are, but again when you've got those turbulent conditions, embers and spot fires can occur very unpredictably."

It was the first time a state of emergency has been enacted in NSW since 2013. So far in this bushfire season, six people have lost their lives and almost 800 homes have been destroyed, along with 1,600 other structures.

With approximately three million hectares of vegetation now burnt, it is feared a severe three-day heatwave from Thursday to Saturday will exacerbate the situation even further.

In the face of what is predicted to be the hottest day ever recorded, with the average maximum temperature across the country in excess of 40.9 degrees celsius, the RFS has forecast extreme fire danger with "the entire perimeter of Sydney" under threat.

"Whilst today (Thursday) is going to be a very bad day, dangerous day here in NSW, the forecast is that Saturday will be even worse, so we're talking about very dangerous conditions over the coming days," Fitzsimmons said.

"We have sought the support of the premier in ensuring we have invoked the highest level of instrument available in the state to ensure the fullest level of co-operation and integration between the multi-agency, whole-of-government team effort."