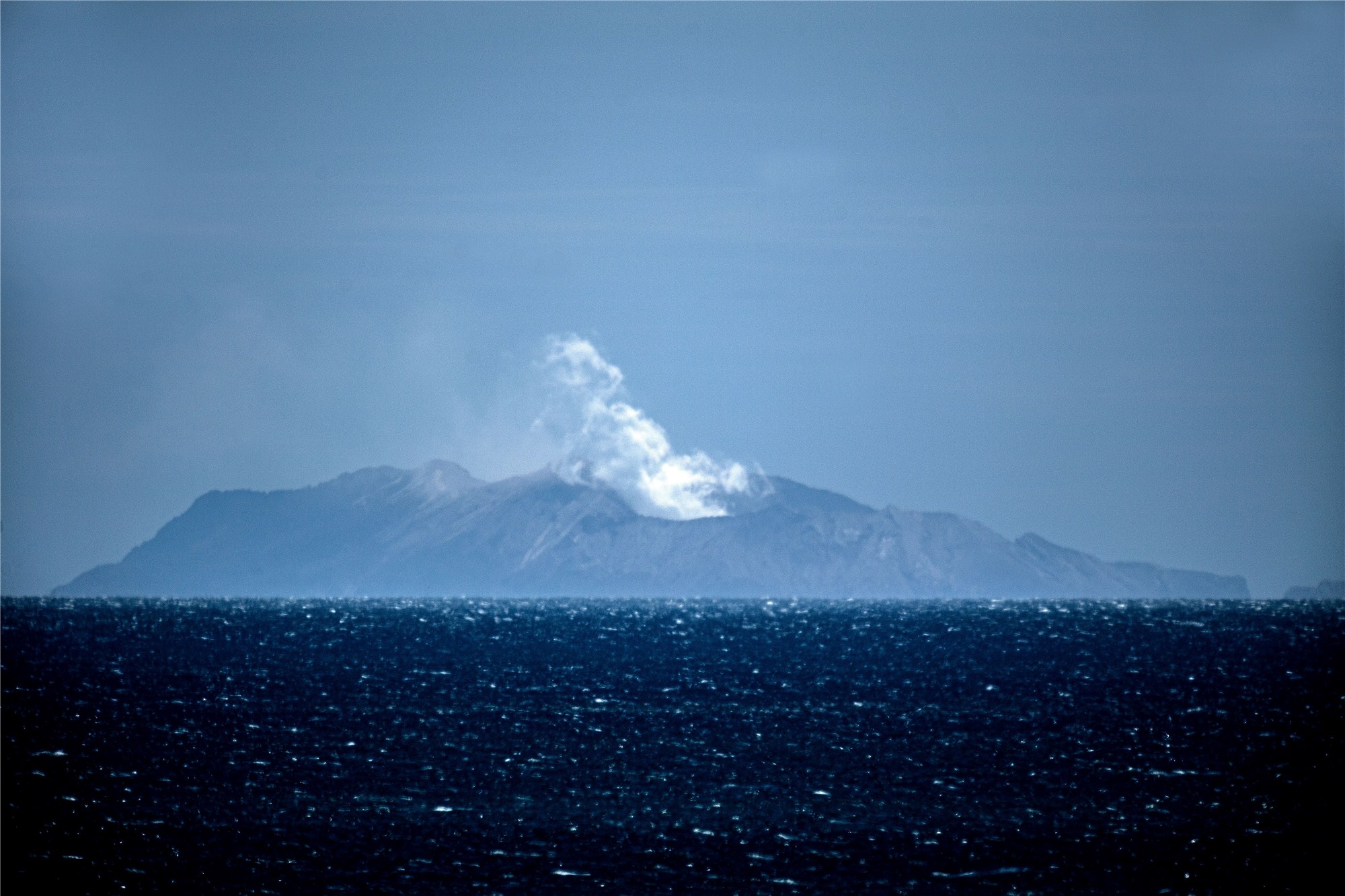 Steam rises from the White Island volcano in Whakatane on December 10, 2019, after a volcanic eruption the day before. (Photo: AFP)

Mark Law, the pilot who rescued people in the immediate aftermath of the volcanic eruption told media on Wednesday morning that conditions are right to return and retrieve the bodies.

The volcanic alert Level at the island remains at Level 3 on Wednesday. Seismic activity remains weak and there has been no further eruptive activity, although localized steam and mud jetting from the active vent area were seen, said GeoNet website in New Zealand.

Meanwhile, autopsies and formal identification for the six victims will begin on Wednesday as police try to identify the dead and injured.

The death toll after New Zealand's White Island's volcanic eruption on Monday rose to six after one of the 31 people injured has died in hospital.

Eight others are still missing and are presumed dead, the New Zealand police said on Tuesday.