Red alert issued ahead of cyclone "Vayu" in western India

NEW DELHI, June 12 (Xinhua) - As cyclone storm "Vayu" intensifies near India's western state of Gujarat, the Indian meteorological department (IMD) on Wednesday issued a red alert warning for some parts of the state. 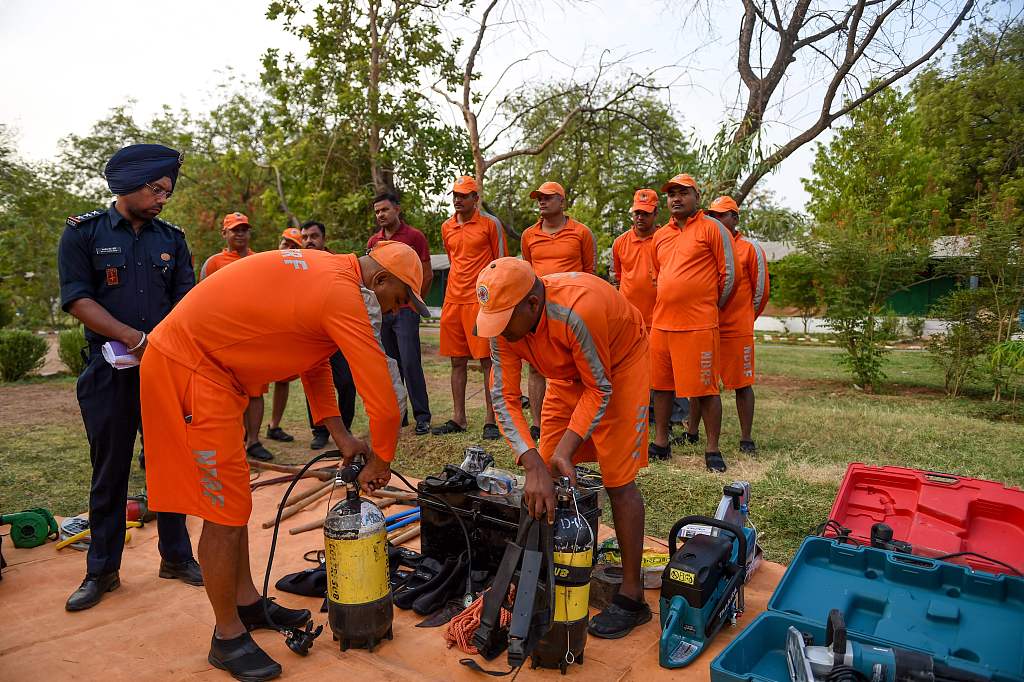 "It is very likely to move nearly northwards and cross Gujarat coast between Porbandar and Mahuva around Veraval and Diu region as a very severe cyclonic storm with wind speed 140-150 kilometer per hour gusting to 165 kilometer per hour around the morning of 13 June 2019," the IMD said in a statement.

The IMD advised fishermen not to venture into the sea along and off the Gujarat coast from June 13 to 16.

In another tweet, Modi said: "I have been constantly in touch with State Governments. NDRF and other agencies are working round the clock to provide all possible assistance."

Around 300,000 people are to be evacuated from Gujarat and union territory Diu. As many as 39 teams of the National Disaster Response Force (NDRF) have been deputed to help in evacuation, search, rescue and relief operations. In addition, 34 teams of the Indian Army have been put on standby.