"This first shipment is very important for Venezuela because it is authorized by the Bolivarian government and President Nicolas Maduro," said Alvarado. "Venezuela has no problems in receiving it."

He added the aid helps to counter shortages caused by U.S. sanctions that block the acquisition of medicine and food for Venezuelans. 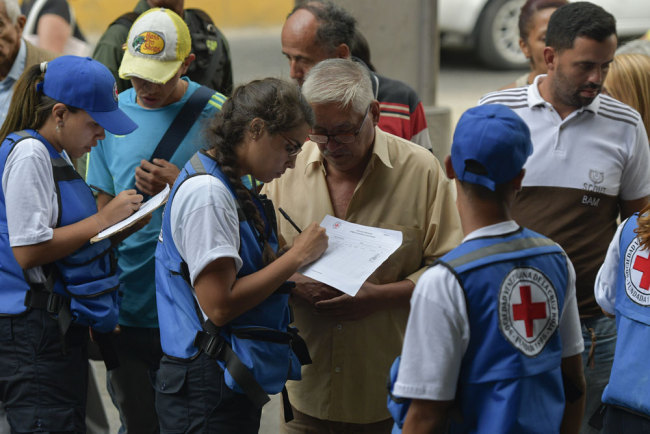 People queue to receive drums to collect water and water purification tablets from members of the Venezuelan Red Cross in Caricuao neighborhood in Caracas, Venezuela, on April 16, 2019. (Photo: AFP)

Villarroel said the aid will be distributed to different Venezuelan hospitals "according to the fundamental principles of our movement, especially neutrality, impartiality and independence."

"We ask everyone without exception not to allow the politicization of this huge accomplishment," he added.

In February, Venezuela's U.S.-backed oppositions attempted to force the entry of U.S. aid through the country's borders, leading to border skirmishes with security forces.

Maduro has met privately with directors of international humanitarian organizations recently. Last week, he reached an agreement with the International Committee of the Red Cross on the delivery of humanitarian aid supplies within the framework of respect for the national sovereignty of his country.