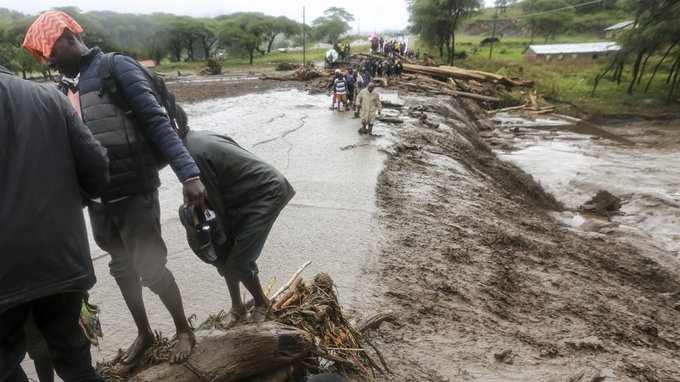 NAIROBI, Dec. 20 (Xinhua) -- The Red Cross Society of China on Friday donated 100,000 U.S. dollars to Kenya's victims of landslides that occurred in the northwest county of West Pokot.

Eugene Wamalwa, cabinet secretary in the Ministry of Devolution and Arid and Semi Arid Lands told journalists in Nairobi that most parts of the country have in the last two months experienced heavy rains that have resulted in floods and landslides disasters.

"The donation of 100,000 dollars by the Red Cross Society of China is a most welcome gesture. The funds will be utilized to provide the much-needed assistance to people who were recently affected by landslides in West Pokot," Wamalwa said.

According to government data, the landslide disaster has claimed at least 50 lives.

Wamalwa added that friendly countries, local and international organizations have been called upon to complement efforts of the government in supporting needy Kenyans.

He noted that the government is grateful to China for always standing with Kenya whenever the country faces challenges particularly related to disasters.

"This gesture demonstrates the cordial relations between the two countries. I appeal to other countries to emulate the example of China by supporting the country especially at this time when it is experiencing varied effects of disasters," Wamalwa said.

Zhao Xiyuan, minister counselor of the Chinese Embassy in Kenya said that the Chinese people have strong compassion for Kenyans.

"We will help Kenyan brothers and sisters rebuild their houses and lives as quickly as possible from the disasters," Zhao said.