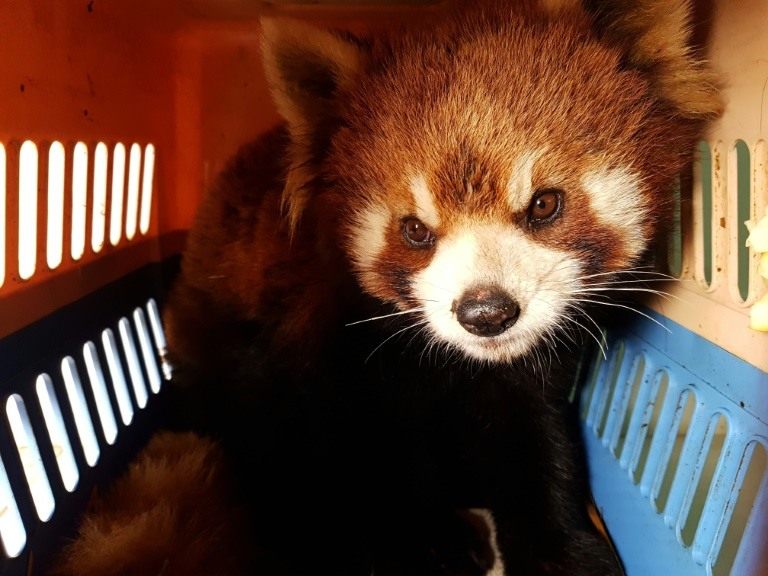 One of three red pandas rescued from traffickers in the Laos city of Luang Prabang, amid fears the rare animals are increasingly being coveted by exotic pet owners. Photo: AFP

The rescue in Laos of three endangered red pandas trafficked from China has raised fears the rare animals are increasingly being coveted by exotic pet owners.

Landlocked Laos, which borders China and Vietnam, is a key transit hub in the global trade in illegal wildlife, but experts say the discovery of red pandas there is virtually unheard of.

Six of the cat-sized bears were found on January 12 inside northern Laos during a random stop of a van travelling from China, one of their few remaining habitats.

Three died later after the rough journey but the remaining three were sent to a sanctuary run by the Free the Bears NGO in the northern tourist town of Luang Prabang, where they are recovering well. 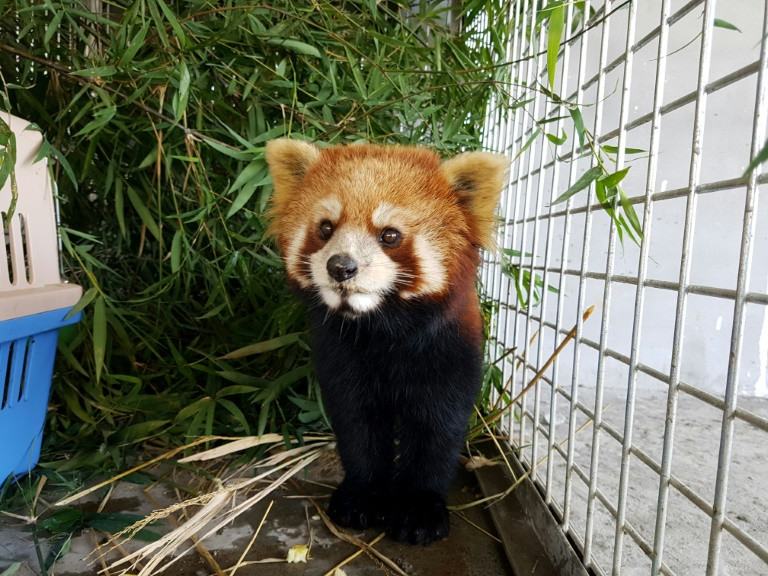 According to an assessment from the IUCN Red List of Threatened Species, the interest in red pandas as pets may have grown partly in response to the increasing number of 'cute' images of the animals shared on social media. Photo: AFP

"They have already made it through their initial two week quarantine period which has allowed us to move them to larger cages where they have more room to climb," Rod Mabin, regional communications director with Free the Bears, told AFP.

The group shared recent footage of the ring-tailed red pandas munching on leaves and eating fresh fruit while occasionally staring up in apparent puzzlement at the camera.

With habitats under threat in the Eastern Himalayas and China, red pandas are considered endangered and highly vulnerable to infectious diseases.

But their copper fur, cute appearance and small size also make them easy candidates for the exotic pet trade.

According to an assessment from the IUCN Red List of Threatened Species, the interest in red pandas as pets may have grown partly in response to the increasing number of "cute" images of the animals shared on social media.

"This is a very unusual confiscation as red pandas had never before been seen in Laos," Mabin said. "The most likely explanation is that the animals were destined for either a private zoo or the exotic pet trade." 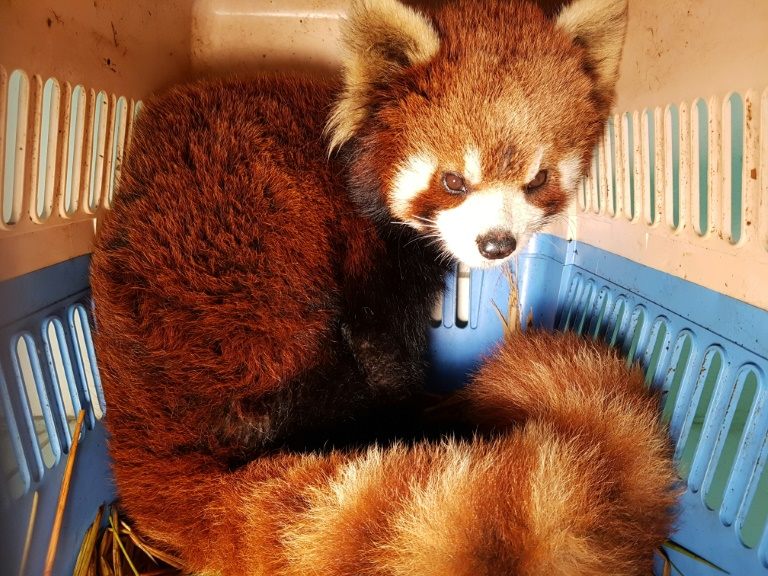 Red pandas are also targeted for their fur. Photo: AFP

The animals are also targeted for their fur.

Ang Phuri Sherpa, Nepal country director for the Red Panda Network, said the mammals are difficult to find outside of their habitats in the dense bamboo forests across countries including Nepal, Bhutan, India, China and Myanmar.

Citing a Laos media report, Sherpa said an initial investigation indicated they were being brought for the pet trade or on the way to Thailand, stressing the need for countries to exert "extra effort curbing [the] illegal trade."

Discussions are ongoing over where the creatures will live once fully recovered.

"Whether that is at the sanctuary in Laos or in the wild in China is yet to be determined," Free the Bears Mabin added.