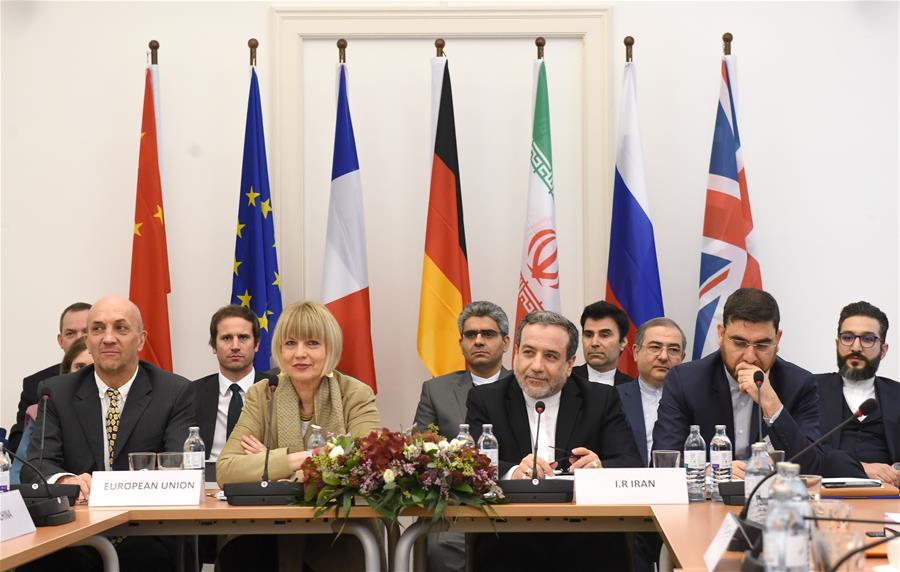 A meeting of the Joint Comprehensive Plan of Action (JCPOA) Joint Commission is held in Vienna, Austria, Dec. 6, 2019. (Photo: Xinhua)

Relevant parties reaffirmed their commitment in Vienna on Friday to the maintenance and implementation of the Joint Comprehensive Plan of Action (JCPOA), commonly known as the Iran nuclear deal.

All participants emphasized the importance of full and effective implementation by all sides, as well as their determination to pursue all efforts to preserve the agreement, according to an EU Chair's statement issued following a meeting of the JCPOA Joint Commission held here.

The meeting of the Joint Commission was chaired by Helga Schmid, secretary general of the European Union's External Action Service, and attended by China, France, Germany, Russia, Britain and Iran at the level of political directors and deputy foreign ministers.

The U.S. withdrawal from the JCPOA and its sanctions on Iran hamper the Gulf country from reaping the full benefits promised by the deal, and creates obstacles for Iran to fulfil its nuclear commitments, said Fu Cong, director general of the Department of Arms Control of the Chinese Foreign Ministry.

China is calling on all related parties to resolve the issue within the framework of the Joint Commission, said Fu.

The United States should abandon unilateral sanctions and long-arm jurisdiction, in order to create conditions for political settlement of the issue, he added.

China appreciates Russia's efforts in promoting the Fordow nuclear facility reconstruction project, and the developments made by the European side on the INSTEX mechanism for trade with Iran, said Fu.

China supports France's continued diplomatic mediation and supports a fair inspection and verification of Iran's compliance of the deal continued by the International Atomic Energy Agency, he said.

China will continue to work with all parties to enhance progress in the modification of Iran's Arak heavy water reactor, he added.