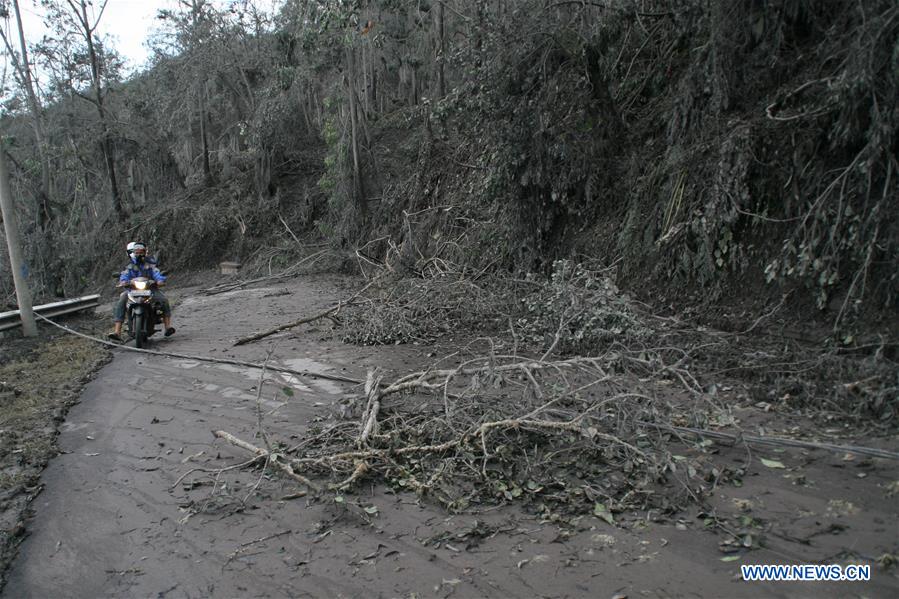 Bali's glowering Mount Agung has seemingly quietened since hurling huge columns of ash from its crater a week ago, but some villagers on the Indonesian island who survived the catastrophic 1963 explosions believe a bigger eruption is coming.

Ash plumes have dissipated in the past few days though an online seismogram from the mountain's monitoring post resembles a crazed abstract painting, indicating the tremendous forces churning within.

Explosions from the smoking crater and tremors still rattle the surrounding region and authorities have maintained Agung's alert at the highest level. Its 1963 eruptions killed about 1,100 people.

"The situation now is almost the same," said Nengah Tresni, who was 12 when Agung erupted in 1963. She recalls being at one of the Hindu temples that dot the volcano's slopes and the sky suddenly turning dark as she left with her family.

"I'm sure there will be a big eruption. It is just a matter of time," said Tresni, who came with family members on Tuesday to an ageing sports center that's serving as an evacuation camp after officials told them to leave their village. 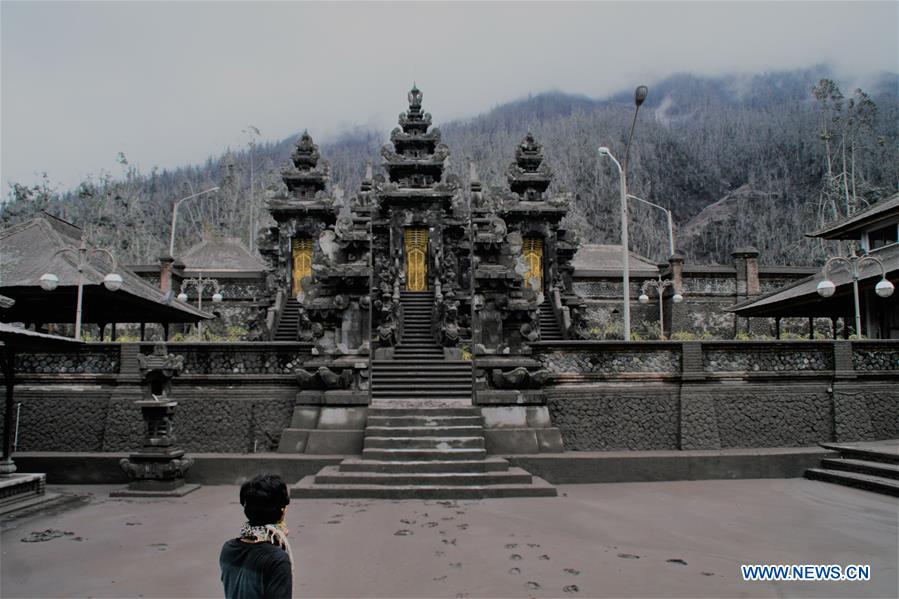 "In the old eruption many people did not expect it to be big because there were small eruptions for a long time and villagers just went to the temple to pray," she said.

It's the second time Tresni has fled to the camp since September, when the 3,140-meter (10,300-foot) volcano burst into life after more than half a century of inactivity. Officials lowered the volcano's alert level at the end of October and most of the 140,000 people who had evacuated returned home. It proved to be a brief respite.

"I actually didn't want to go back because I thought there would be big eruptions, but my family wanted to go home," she said. "And now we're refugees here again."

Nyoman Siki from a village high on the volcano's slopes was 6 or 7 years old in 1963 and remembers it being said that 200 people from his area were killed. But he was philosophical about the situation. When people returned a year after the eruption, he said they were happy because it had renewed the fertility of the land.

"After years of cultivation, the volcano is just about to erupt again," he said.

More than 55,000 people are living in shelters such as sports halls, temples and tent camps since officials expanded the no-go area around the volcano on Monday. Many centers appear well organized, but one visited by Associated Press reporters in Rendang district on Saturday was tightly packed and muddy from the frequent rains. Tourists who were stranded when the idyllic island's airport closed for nearly three days have rushed to leave.

Nyoman Merta said that after the 1963 eruption, he and his family walked for three days from their village before authorities picked them up and took them to an evacuation camp. 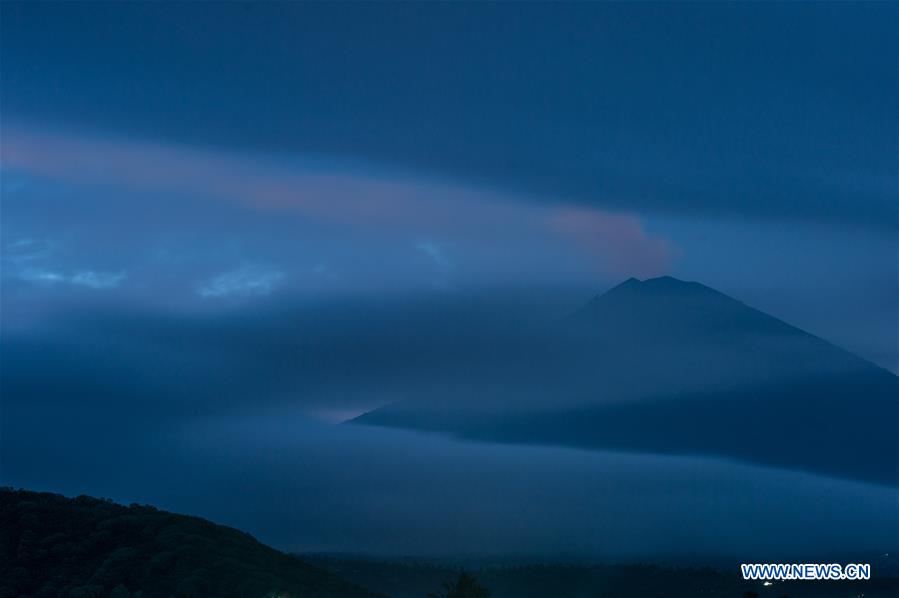 "I was 9 years old but I can remember many people still stayed. There were no warnings like now and maybe that was why many people were killed then," he said.

The family stayed in Denpasar in the south of Bali for a year. When they returned home, he said, their house was uninhabitable because of damage caused by the eruptions.

He compared the recent months of escalating danger signs from Agung with 1963.

Scientists agree the danger remains though making an exact prediction is difficult if not impossible.

"At all volcanoes we can expect fluctuations in activity. This does not mean that the threat is over," said Heather Handley, a volcanologist at Sydney's Macquarie University. "It is clearly still in an active phase."

In the 1963 eruption, there were small ash explosions in February followed by a lava flow and then a large explosive eruption on March 17, she said. A second major eruption occurred two months later "so activity can stop and start again," said Handley.

At the muddy Rendang camp, bare-chested 77-year-old Nyoman Arse remembered the 1963 disaster in great detail and was unperturbed by Agung's ash eruptions in the past week.

Recalling events when he was 24, Arse said the mountain sent out ash for a month and then exploded about the same time as Galungan, an important religious celebration in majority Hindu Bali that in 1963 fell in mid-March.

"I saw the rocks coming down the mountain with a very loud noise," he said, imitating crashing sounds. "The rocks were huge," he said. "What's happening now is still nothing."