As much of Asia wheezes, coughs and sniffles its way through another smog season, one isolated and windswept corner of Australia is serving as the global standard for clean air. 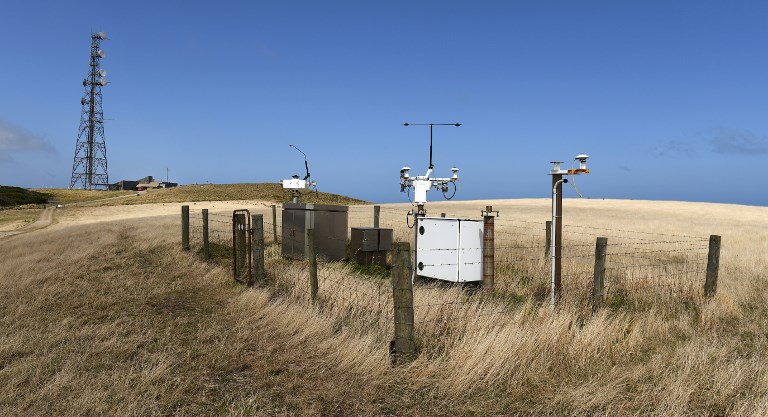 With panoramic views of swaying tussock grass and the vast crystalline expanse of the Southern Ocean, Tasmania's beautiful Cape Grim peninsula is an unlikely reference point for the scientific world.

But since 1976, this wild and blustery spot has been home to the Cape Grim Baseline Air Pollution Station -- a small Australian government facility with the seemingly eccentric task of bottling air.

"Our job is essentially to find air as clean as you're likely to find anywhere in the world and measure just how polluted it is," Sam Cleland, the officer in charge of the station, told AFP.

Looking out from his office atop the high sea cliffs, the nearest landmass to the west is Argentina, and there is nothing to the south except Antarctica.

The facility's isolated location makes it perfect for collecting what many have dubbed the cleanest air in the world -- what air would be like without choking exhaust fumes or industrial smoke.

When the wind blows from the southwest, Cleland and his team capture a sample using finely tuned instruments. Their kit is so sensitive that delivery trucks chugging down the dirt track from the nearest town -- an hour away -- are all logged, in case they potentially skew the readings.