Republican US Rep. Walter B. Jones Jr. of North Carolina, a once-fervent supporter of the 2003 invasion of Iraq who later became an equally outspoken critic of the war, died Sunday on his 76th birthday. 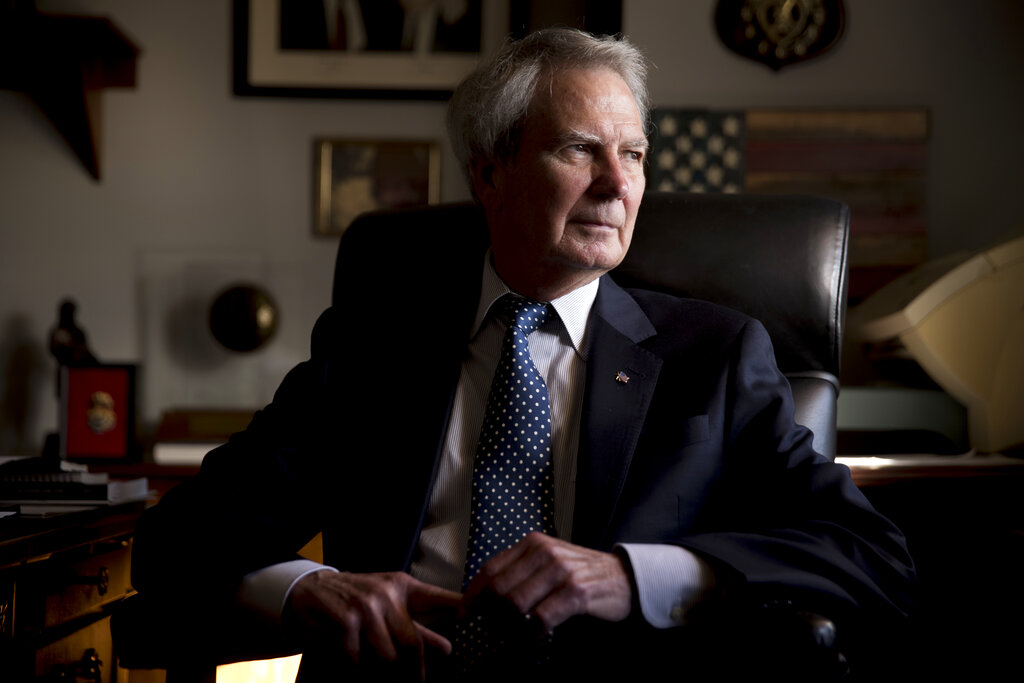 The congressman's office confirmed his death in a statement, saying Jones died in Greenville, North Carolina. His health declining in recent months, Jones entered hospice care in January after breaking his hip. He had been granted a leave of absence from Congress in late 2018 and was sworn in for his last term back home.

Jones was a political maverick unafraid to buck his own party. He was one of the first Republicans to reverse direction on the war in Iraq, even as his North Carolina district included the sprawling Marine installation Camp Lejeune.

His ultimate opposition to the Iraq war came with the irony that he instigated a symbolic slap against the French when their country early on opposed US military action. Jones was among the House members who led a campaign that resulted in the chamber's cafeteria offering "freedom fries" and "freedom toast" — instead of French fries and French toast.

Jones said he introduced legislation that would have required President George W. Bush's administration to begin withdrawing troops in 2006 because the reason given for invading Iraq, weapons of mass destruction, had proved false.

"If I had known then what I know now, I wouldn't have supported the resolution" to go to war, Jones said in 2005. Jones took heat for his reversal from GOP colleagues. He ultimately signed well over 11,000 letters to the families of dead troops, describing that as a penance of sorts.

"For me, it's a sacred responsibility that I have to communicate my condolences to a family," Jones said in a 2017 interview with The Associated Press. "And it's very special to me because it goes back to my regretting that I voted to go into the Iraq war."

Jones, who had served in Congress since 1995, had already announced his 2018 campaign would be his last. His death means Democratic Gov. Roy Cooper will schedule a special election to decide who will complete Jones' two-year term in the coastal 3rd Congressional District. State law requires the schedule include primary races as well in the GOP-leaning district. No specific dates are mandated in the law for the elections.

Jones also was a relentless advocate for campaign finance reform and controlling the national debt. The fiscal and social conservative won unopposed in last November's general election after fending off Republican primary challengers stoked partly by Jones' willingness to dissent from the Washington leaders of his party. For example, he voted against the tax overhaul promoted by President Donald Trump and a "repeal and replace" plan for President Barack Obama's health care law.

In a 2018 AP interview, Jones said that he wasn't afraid to oppose GOP leaders "when I don't think they're right."

"It's absolutely about principle," he said. "When I leave Congress, I would rather have one thing said about me: 'I will never question Walter Jones' integrity.'"

House Speaker Nancy Pelosi said in a release that Jones' "relentless work on behalf of our men and women in uniform, veterans, military families and caregivers honored our American values and strengthened our country."

"He will be long remembered for his tireless advocacy for eastern North Carolina, which he loved dearly, and for always following his convictions, no matter the political cost," added Republican US Sen. Thom Tillis of North Carolina.

Either Jones or his father, Walter Jones Sr., represented eastern North Carolina in Congress for five decades. The elder Jones, a Democrat, represented the region from 1966 until his death in 1992. Walter Jones Jr., then also a Democrat, lost the party primary to succeed him. He became a Republican and was sent to Washington two years later.

Walter Beamon Jones Jr. was born in Farmville in 1943. He attended Hargrave Military Academy in Virginia during high school and then graduated with a bachelor's degree from Atlantic Christian College — now known as Barton College — in 1966.

He served in the North Carolina state House from 1982 through 1992, where he often clashed with Democratic leaders. He and Cooper were among 20 House Democrats who joined Republicans in toppling state Democratic Speaker Liston Ramsey from power in 1989.

In a statement, Cooper on Sunday called Jones a longtime friend and "public servant who was true to his convictions and who will be missed."

Cover image: Oct. 25, 2017, file photo, US Rep. Walter Jones, R-N.C., points at a photograph of Marine Sgt. Michael Edward Bits of Ventura, Calif., the first military funeral he and his wife attended, and one of the many pictures of soldiers killed this century based at Camp Lejeune, N.C., along a hallway leading to his office on Capitol Hill in Washington.