WORLD Report: COVID booster likely in 6 months in US

Report: COVID booster likely in 6 months in US

US regulators reportedly will likely approve a COVID-19 booster shot for vaccinated adults starting six months after inoculation rather than the previously announced eight months. 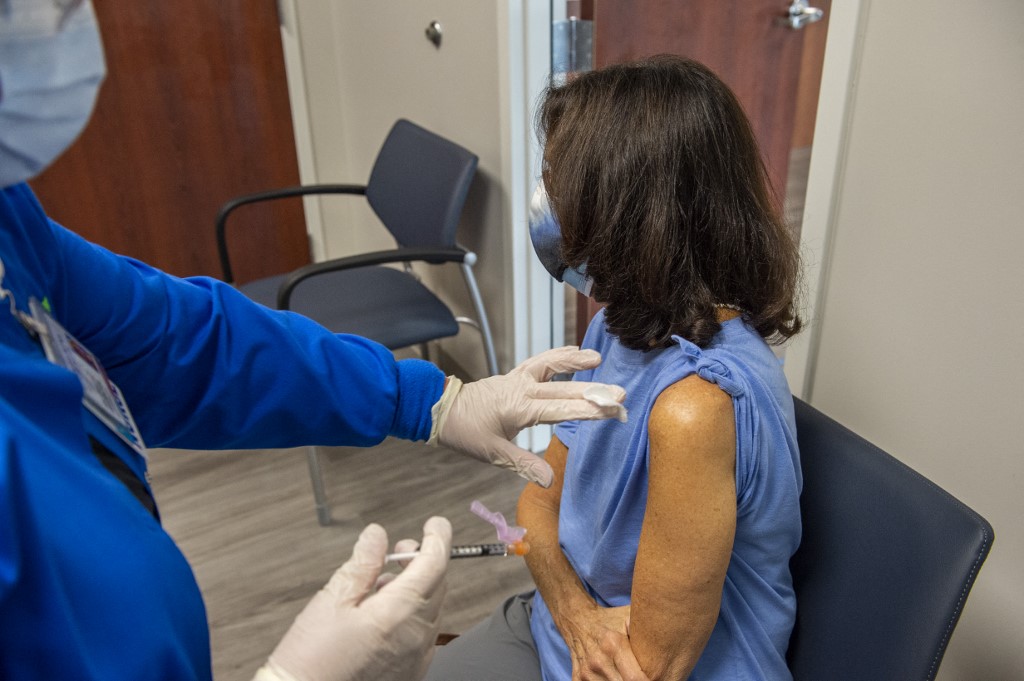 Approval for boosters for all three approved COVID-19 vaccines being administered in the US – Pfizer, Moderna, and Johnson & Johnson — are expected to roll out mid-September, a person familiar with these plans, The Wall Street Journal reported Thursday.

The Food and Drug Administration (FDA) is reviewing data from vaccine manufacturers and other countries based on a six-month booster shot schedule, the person said.

The Biden administration and companies have said that there should be enough supply for boosters that they plan to begin distributing more widely on Sept 20. The US has purchased a combined 1 billion doses from Pfizer and Moderna, the Journal reported.

There is some evidence that the vaccines lose some potency after several months and the Delta variant of the coronavirus has infected more vaccinated people than previous strains, although most breakthrough infections are mild.

Preliminary studies show significant boosts to immune protections, but "that doesn't mean every patient needs to get a booster at six months," Leana Wen, a health policy professor at George Washington University, told the Journal.

The discussions about booster shots come as the US has more than 100,000 COVID-19 patients hospitalized, the first time that level has been reached since January. Nearly a third of those hospitalizations are in Florida and Texas, states with lower-than-average vaccination rates, large populations, and governors opposed to vaccine and mask requirements.

In Florida, the pandemic is worse now than it has ever been. As of Tuesday, Florida reported an average of 277 coronavirus deaths every day, a record for the state and by far the most in the US right now, The New York Times reported.

The average for new known cases reached 23,314 a day on the weekend, 30 percent higher than the state's previous peak in January, according to a Times' database. Hospitalizations in Florida have almost tripled in the past month, according to federal data.

Overall, 52 percent of Floridians are fully vaccinated, but the figure is less than 30 percent in some of the state's hardest-hit counties. Even with more than 17,200 people hospitalized with the coronavirus across Florida, Republican Governor Ron DeSantis has held firm on banning vaccine and mask mandates.

The indoor mask mandate applies to all Illinois residents age 2 and older will begin on Monday. Pritzker also announced that all PreK-12 public school teachers and staff, all higher-education personnel and students, and health-care workers in a variety of settings must be vaccinated against COVID-19 by Sept 5 or face regular testing requirements.

"My number one concern is right now keeping the health care system available, not just for people who may get Covid but for people who have other problems and are taken to the hospital," he said at a news conference on Thursday.

From January to July, 98 percent of COVID-19 cases, 96 percent of hospitalizations and 95 percent of deaths were among unvaccinated, Pritzker said. The governor said the regions with the fewest number of vaccinated individuals are the same regions with "fewer hospitals and lower hospital capacity" and those communities are being hit the hardest.

Illinois reported a seven-day average of 3,547 cases on Wednesday, more than three times the average cases reported one month ago. About 59 percent of Illinois residents 12 and older are fully vaccinated, slightly below the national average, according to the US Centers for Disease Control and Prevention.