More Americans than ever obtained a basic bank account in 2019, the Federal Deposit Insurance Corp. said Monday. But data was gathered before the outbreak of the coronavirus pandemic and start of this historic recession. 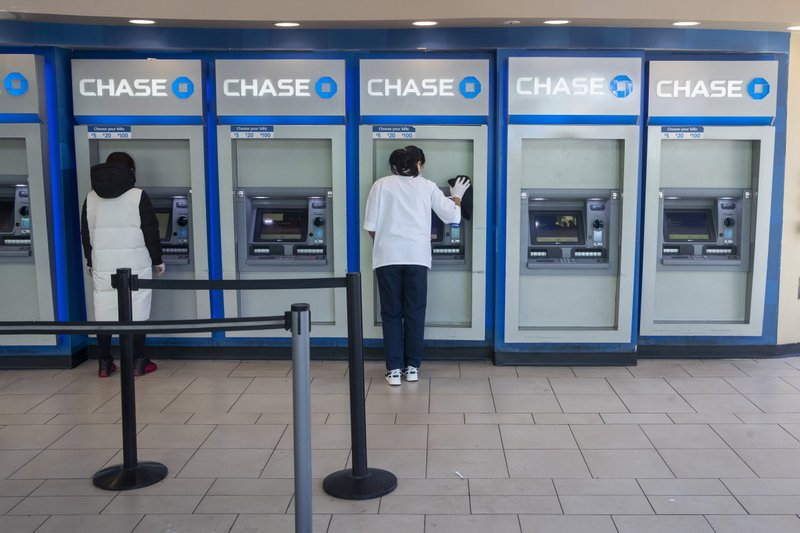 In this March 24, 2020 file photo, a Chase bank employee, right, disinfects the branches ATMs to fend off coronavirus as a customer uses another in the Flushing neighborhood of the Queens borough of New York. (Photo: AP)

But the agency noted that the loss of jobs and incomes due to the pandemic in 2020 likely reversed these positive trends.

The FDIC study looks at the unbanked — Americans who do not have a basic checking or savings account — and the reasons why these individuals are outside the traditional bank system. While a small number of Americans choose not to have a bank account due to their distrust of the banking system, most unbanked are in poverty and more likely to be Black and Latino, a remnant of the systemic racism that plagues the financial system.

The FDIC estimates that 5.4% of Americans in 2019 were considered unbanked, a record low for that metric since the report started in 2009, down from 6.5% in 2017 which is when the FDIC looked at the unbanked. That is equal to roughly 7.1 million households, the FDIC said.

The 5.4% figure does not tell the full story, mostly because racial and ethnic minorities are disproportionately more likely to be unbanked. The FDIC study shows only 2.5% of white households are unbanked, while 13.8% of Black households and 12.2% of Hispanic households are considered unbanked. Roughly one out of four households making less than $15,000 a year do not have a bank account.

The FDIC was unable to give an estimate on how much the COVID pandemic has moved banked Americans into the unbanked, but it almost certain that figure is climbing currently. The Great Recession caused millions of Americans to lose their bank account, and the number of unbanked hit a record high of 8.2% in 2011 in the aftermath of the financial crisis. Further the pandemic has caused job losses mostly for workers who need to be physically present for their jobs — restaurant workers, bartenders, theater workers, those working in retail, etc. Many of these jobs are lower paying and have fewer steady paychecks compared to the typically white-collar office worker now working remotely.

"Taken together, these data suggest that the unbanked rate is likely to rise from its level just before the pandemic," the FDIC said in its report.

The unbanked have significant and costly disadvantages in their everyday lives compared to the banked. Routine payments to landlords, utility companies, or sending money to friends and family often requires using expensive check cashing or money transfer services. Further, being unbanked makes it more difficult to get quick access to government programs, including the $1,200 stimulus payments that came earlier this year from the stimulus bill.